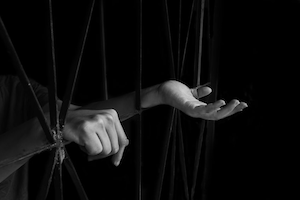 Ronny lives in the Dominican Republic with his wife and two young sons. One day, he meets a man who works for a staffing agency in the United States. This man promises Ronny and a few of his friends jobs in the US working in hotels, jobs that pay enough that they can send some money back to their families. With the promise of money and a better life for his family, Ronny and his two friends pay this man to get them to the United States. But there is not a hotel job waiting when they get there. Instead, they are forced to work in a DVD manufacturing facility, earning $39 per week for forty hours of work and living in a one-bedroom apartment—all three of them. They are treated as less than human, but since they are hard workers, no one seems to take notice of them.

This story demonstrates an unfortunately typical instance of how a victim can be forced into human trafficking. The State Department’s annual Trafficking in People (TIP) Report, released in June 2018, details dozens of personal stories about individuals who have been subjected to human trafficking, and how the trafficker was often someone who knew the victim and knew how best to exploit them. The TIP Report—along with providing information and countless recommendations for individuals and organizations to fight this injustice—urges horizontal partnerships in a three-part system between law enforcement, service providers, and “actors within and across communities.”

The Church is one such essential actor. As the Church, we are called to seek the lost, to care for the orphans and widows, and to love all, especially the poor, sick, and needy. (Luke 15, James 1:27, John 13:34, Matthew 25:35-45) But what if those lost, those widows and orphans, those in need, are not always who we imagine them to be? People often assume that human trafficking occurs much like the movie Taken portrays it, with sudden, violent kidnapping by strangers. This narrow focus means we can miss that the person changing our hotel sheets, or the person washing dishes at the local restaurant—people who aren’t physically chained—can also be victims of human trafficking. Humans are not only trafficked for sex, but also for labor or for any other means of commercial gain. These victims may not know how to get out of their situations, may not believe such escape is possible, or fear what the outside world will do to them if they do escape.

Human traffickers are experts at looking for vulnerable people and exploiting their vulnerabilities, and their victims are often immigrants, impoverished neighbors, and those who suffer from mental illness. So, when we, the Church, are uninformed and fail to see those who are at risk, we miss our opportunity to help safeguard them from exploitation.

Even when law enforcement breaks up these rings and makes arrests, there is room for the Church to step in with compassion and assistance. For instance, the TIP Report says local officials often detain or prosecute the victims of trafficking, as well as the perpetrators. If law enforcement can give freedom through rescuing victims and arresting traffickers, then local and state organizations can give a voice to the victims through supporting, rehabilitating, and advocating for them. Finally, the Church can be there with open arms to serve where the needs are greatest, and with feet rooted deeply in the community and the Gospel.

But the first step toward fighting human trafficking in our community and protecting those who are vulnerable to it, is to acknowledge that it exists here—not just halfway around the world. Comparing human trafficking statistics from state to state can be difficult. More reported cases might mean that the state is doing a better job of clamping down on trafficking. North Carolina ranked 11th in the country in the number of reported human trafficking cases as of June 2018, and the NC Legislature has taken up this issue several times in recent years—two bills in 2013 (SB122-Sex Trafficking/Sex Offender Registration and SB683-Safe Harbor/Victims of Human Trafficking), two in 2017, and two in 2018 all targeted human trafficking. Four of these focused on the victims, on protecting many of them from prosecution and on providing resources and support once they have been freed. The other measures targeted the perpetrators by increasing the severity of the punishment for the crime, and by requiring those convicted of human trafficking to register as sex offenders.

Our government is being active in its fight against human trafficking, but we as a Church can do more. Once we understand this problem exists in North Carolina, then we can execute the next step of opening our hands and hearts. We are a crucial cog in the three-way partnership needed to address human trafficking. With our help, both law enforcement and organizations that provide legal and physical aid to these victims can better do their jobs, and we can work to fulfill our heavenly mandate to care for the least of these (Matthew 25:42-45).

Ronny and his friends worked in the DVD manufacturing plant for years, earning next to nothing for countless hours of hard labor. They eventually met a woman from Catholic Charities USA, who befriended them and actively tried to get to know them. After hearing about Ronny’s situation, the woman contacted an agent from ICE (US Immigration and Customs Enforcement). Ronny and his friends were wary at first, unsure if they could trust the agent to help them. But they soon learned that the ICE agent’s concern for them was genuine. She helped prosecute Ronny’s traffickers, and with the aid of ICE and Catholic Charities USA, Ronny was able to bring his wife and two sons to the United States and to get a legitimate job.

This is a great example of how the Church can provide support and care to victims of trafficking and begin to build a community where human trafficking no longer exists.

Ronny’s story and those of others like him can be found here: www.projectnorest.org/survivor-stories/

Resources for victims of human trafficking or for those who want to learn more: