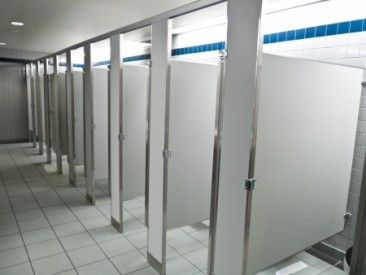 Dear Friends,
I highly encourage you to read State Rep. Dan Bishop’s analysis of the Charlotte “Bathroom” ordinance proposal (below). Rep. Bishop is an attorney who represents House District 104 in Mecklenburg County. Not only does this article explain why adding “sexual orientation, gender identity and gender expression” to the city’s list of civil-rights-status protected classifications is so dangerous, but it also provides valuable insights into who and what is behind this effort.

Even if you do not live in or around Charlotte, this is a must read, because if the Charlotte City Council adopts this policy change, it won’t be long before similar efforts are being made in a city or county near you!

Standing for the Family,

Why in the World Would Charlotte Follow NYC’s Radical Transgender Regime?

Less than a year after a public outcry helped persuade the Charlotte City Council to vote down a transgender bathroom mandate, the controversial proposal is back on the docket for enactment next month. And, unless something changes fast, Charlotte will be “winning” national headlines for kowtowing to a small group of radical LGBT activists. Last March, Charlotte City Council rejected a proposed amendment to its “public accommodations” ordinance. The existing ordinance has long echoed federal civil rights law. But the amendment would have expanded its protected classes, adding “marital status, familial status, sexual orientation, gender identity, and gender expression.” A majority of council members actually favored this, even though the new categories go beyond federal or state law, but the amendment failed.

The stumbling block was that the most extreme members of council wanted the new ordinance worded to entitle a man crossdressing as (or professing to be) a woman to use the women’s (or girls’) bathroom or shower. Less than a majority would go along with that, so the extremists killed the amendment and promised to strike again after last November’s election.

During the mayoral campaign, the Charlotte Observer reported that half of voters polled oppose any expansion of the ordinance at all. Surely, a large majority object to the militant version eliminating sex-specific bathrooms and locker rooms.

Nevertheless, City Council did lurch further to the political left on election day. Mayor Jennifer Roberts has since vowed repeatedly that this bathroom ordinance is at the top of City Council’s priority list for 2016!

Chew on that for a second.

Mayor Roberts apparently means what she says. LGBT activists (who seem to have the inside track) have announced that Council will take up the matter on February 8.

Under a broad definition of “public accommodation,” the radical new ordinance would impose the new, radical bathroom policy on every “business, …entertainment, recreation or transportation facility of any kind” that sells to or serves the public. This includes restaurants, bars, hotels, gyms, the YMCA/YWCA, and every office building and retailer.

Court decisions elsewhere suggest it also reaches professional offices and membership organizations such as youth athletic leagues, possibly the Boy Scouts or even a private preschool.

Sure enough, punishable offenses include refusing a “transgender woman” access to the women’s bathroom or locker room, even if “out of concern that she will make others uncomfortable.” Also verboten is failing to use such a person’s preferred title or pronoun, including invented ones like “ze/hir.” Even adopting a ties-for-men, skirts-for-women dress code for an upscale restaurant is explicitly declared a violation.

New York City threatens to “aggressively enforce” its ordinance for the sake of the “transgender and gender-nonconforming community.” The City is decidedly less tolerant of the ordinance-nonconforming community — against whom it promises a crackdown, with investigations, unlimited compensatory damages awards, and civil penalties up to $250,000.

With similar zeal to advance the radical sexual nonconformity agenda, our Mayor and Council are ready to force feed Charlotteans a slice of the Big Apple. They are about to commit a political and legal overreach.

Ramming through their extreme ordinance will set off the kind of turmoil that Charlotte has generally avoided and could well do without.

Last November, Houston voters overwhelmingly defeated a similar bathroom ordinance by referendum, following an all-out political war complete with lurid headlines. If necessary, I will introduce legislation in the General Assembly to furnish the same opportunity for Charlotteans to have their say.

A small group of far-out progressives should not presume to decide for us all that a cross-dresser’s liberty to express his gender nonconformity trumps the right of women and girls to peace of mind in the intimate setting of a public bathroom or shower.

Before it comes to that, I predict that the ordinance will be struck down by a court or the legislature because it exceeds City Council’s legal authority. The General Assembly has not authorized city councils to legislate nondiscrimination mandates except in housing, in a manner consistent with federal law. The several nondiscrimination ordinances of North Carolina cities generally have been consistent with existing federal or state law and uncontroversial.

A notable exception was a radical employment nondiscrimination ordinance in Orange County, struck down in 2003 for lack of authority.

The City claims that its general “police power” and business regulatory authority authorize this groundbreaking social policy legislation. That argument failed in the Orange County case and flies in the face of a fresh warning from our Supreme Court in 2014 about the limits of those powers. I am ready to litigate the issue or clarify it through legislation.

If litigation establishes that the City exceeded its authority, the Mayor and Council will have saddled Charlotte taxpayers with the legal costs not only for the City but for the challengers too. Another million dollars down the toilet, give or take.

Rather than thumb their noses at voters for the sake of a fringe special interest, Mayor Roberts and Council should take another look at their priority list. Police, roads and congestion, schools, social immobility, economic development, and constant tax increases, for example.

We have much to do together. Laying down the gauntlet with provocative social legislation may kowtow to a radical fringe, but it will not advance the City’s interests. I would prefer not to fight with City Council in court and in Raleigh, but if they insist, then that’s what I’ll do.