POV: Planned Parenthood Backpedals In An Attempt to Save Face 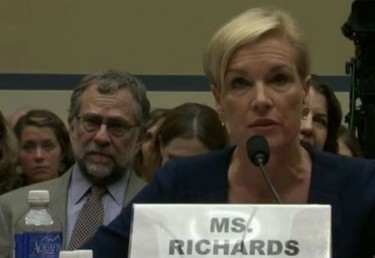 In what can only be described as a disingenuous PR stunt intended to blunt scathing public criticism, Planned Parenthood’s president has once again revealed the callous nature of the organization’s profit-driven agenda. After months of mounting pressure generated from a series of undercover videos revealing Planned Parenthood’s gruesome practice of harvesting and selling the organs and tissue of aborted babies, the nation’s abortion giant announced yesterday that it would change its tissue donation policy in a shameful attempt to save face.

In a letter dated October 13 — which reads more like a marketing pamphlet for Planned Parenthood than a letter to a government official — Planned Parenthood Federation of America president Cecile Richards tells the director of the National Institutes of Health (NIH) that her organization and its affiliates will no longer seek “reimbursement” for the harvesting of baby body parts for “fetal tissue research.”

The letter does not say that Planned Parenthood will cease and desist picking apart the remains of babies after abortions; nor does it suggest that it will scale back its abortion practices in any way; nor does it offer to surrender any part of the more than $500 million in taxpayer dollars the organization receives each year.

Even if Planned Parenthood has not been selling baby body parts “for profit,” which is prohibited by federal law, the amount the company is generating in reimbursements for the harvesting and sale of “fetal tissue” is scant compared to the flood of tax dollars it receives from the American public. Who wouldn’t offer to trade that pittance of revenue in an attempt to keep the spigot of public dollars flowing into the organization and to quell the public indignation that has ensued following the release of the Center for Medical Progress undercover videos?

Richards’ letter coldly and dismissively refers to those outraged by Planned Parenthood’s inhumane practices as “extremists” and suggests that the company’s offer to forego the fetal tissue reimbursement will remove a “smokescreen” these “extremists” are using “to ban abortion in the U.S. and block women from getting any health care from Planned Parenthood.”

In reality, it is Richards’ letter that is a smokescreen intended to cloud the public’s awareness of the inhumane practices that take place at Planned Parenthood clinics across our nation every day. Pro-life Americans must continue to keep the pressure on and demand an end to the taxpayer funding of organizations that perform abortions.

NC Family has written several previous stories and commentaries on these videos and their impact on the abortion debate in America.