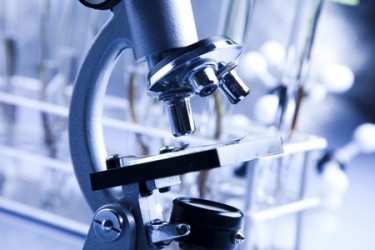 In light of current efforts in the N.C. General Assembly to ban the sale of fetal tissue and body parts, NC Family has received permission to reprint the written testimony of Molecular Geneticist Dr. David Prentice given recently to a Wisconsin legislative committee considering a similar bill. Dr. Prentice draws the conclusion that the sale and use of fetal tissue in scientific research is not sound science. The following is a slightly modified version of Dr. Prentice’s testimony, which removes specific references to Wisconsin legislation. The full version of his testimony, with footnotes, can be found here.

Written Testimony of David A. Prentice, Ph.D.
in Support of Wisconsin Bill to Prohibit Sales and Use of
Fetal Body Parts from Abortion
Delivered on August 11, 2015

There is no sound scientific reason for the continued trafficking of fetal tissue, organs, and body parts. Moreover, the practice of using fetal body parts from induced abortion raises significant ethical problems, not least of which is the nebulous interpretation of valuable consideration or compensation for expenses in the harvest and processing of fetal organs and body parts.

First, some history. Human fetal tissue research has gone on for decades. However, the success of fetal tissue transplants has been meager at best, and ethically-derived alternatives exist and are coming to dominate the field. Proponents of using fetal tissue from induced abortion point to three areas in claims of the need for harvesting tissue:

Between 1960 and 1990, numerous attempts were made to transplant fetal liver and thymus for various conditions. According to one review, “the clinical results and patient survival rates were largely dismal.” Conditions such as anemias and immunodeficiencies, for which fetal tissue attempts largely failed, are now treated routinely with adult stem cells, including umbilical cord blood stem cells, even while the patient is still in the womb.

Note that fetal tissue has been taken in a number of cases from fetuses at developmental ages where fetal surgery is now used to correct problems and save lives, and at stages where science now demonstrates that the unborn fetus can feel pain.

Between 1988 and 1994, roughly 140 Parkinson’s disease patients received fetal tissue (up to six fetuses per patient), with varying results. Subsequent reports showed that severe problems developed from fetal tissue transplants. One patient who received transplant of fetal brain tissue (from a total of 3 fetuses) died subsequently, and at autopsy was found to have various non-brain tissues (e.g, skin-like tissue, hair, cartilage, and other tissue nodules) growing in his brain.

In 2001, the first report of a full clinical trial (funded by NIH) using fetal tissue for Parkinson’s patients was prominently featured in the New York Times, with doctors’ descriptions of patients writhing, twisting, and jerking with uncontrollable movements; the doctors called the results “absolutely devastating”, “tragic, catastrophic”, and labeled the results “a real nightmare.”

A second large, controlled study published in 2003, showed similar results (funded by NIH), with over half of the patients developing potentially disabling tremors caused by the fetal brain tissue transplants. The results of these two large studies led to a moratorium on fetal tissue transplants for Parkinson’s. Long-term follow-up of a few of the patients in these large studies showed that even in fetal tissue that grew in patients’ brains, the grafted tissue took on signs of the disease and were not effective. In contrast, adult stem cells have shown initial success in alleviating Parkinson’s symptoms.

A recent 2009 report emphasizes the instability and danger of fetal tissue transplants. A patient with Huntington’s disease was recruited into a study (funded by NIH) in which she had fetal brain cells injected into her brain. She did not improve, and instead developed in her brain a growing mass of tissue, euphemistically termed “graft overgrowth” by the researchers.

2. Vaccine development. Early attempts at growing virus used cultures of mixed human fetal tissue, not individual cells, e.g., for growth of poliovirus, 1949. Later, poliovirus was produced in human fetal cell lines. Now most manufacturers of polio vaccine use other cell types including monkey cells, and most do not use fetal cells.

The first individual human cell (not tissue) grown in the lab was a tumor cell in 1951, because the growth character of cancerous cells made them easiest to grow. In the 1960’s and 1970’s, cell culture work operated under an assumption that younger cells were better, grew faster, lived longer, so fetal cells obtained from abortion were used. These cells adapted to lab culture and continued to grow, becoming known as a “cell line” because they developed as a lineage from different, specific cells grown in the lab. A few human fetal cell lines are still in use for some vaccine production. However, newer cell lines and better culture techniques make this reliance on fetal cells an antiquated science. In addition, the CDC and other leading medical authorities have noted that, “No new fetal tissue is needed to produce cell lines to make these vaccines, now or in the future.”

A clear example of the lack of necessity for further fetal tissue is development of the new vaccine — rVSV-ZEBOV — against Ebola virus. The successful results of the field trial, published July 31, 2015, were very welcome in the fight against this deadly disease. This successful Ebola vaccine was not developed using fetal tissue or fetal cell lines, but rather with Vero, a monkey cell line, demonstrating again that medical science has moved beyond any need for fetal tissue in useful medical research.

3. Basic biology research. Broad, undefined claims continue to be made that fetal tissue and fetal cells are needed to study basic biology, development, disease production, or other broad study areas. However, this still relies on antiquated science and cell cultures. Current, progressive alternatives such as induced pluripotent stem (iPS) cells provide an unlimited source of cells, which can be produced from tissue of any human being, without harm to the individual donor, and with the ability to form virtually any cell type for study and modeling, or potential clinical application. Stem cells from umbilical cord blood also show significant potential not only as laboratory models, but also have unique advantages for clinical applications and are already treating patients for numerous conditions.

In summary, continued use of fetal tissue presents no advantage to medical research, and raises grave ethical concerns.

David Prentice is a cell and developmental biologist, currently working for the Charlotte Lozier Institute in Washington, D.C. as Vice President and Research Director; He also serve as an adjunct professor at a Washington, D.C. university, and as an Advisory Board Member for the Midwest Stem Cell Therapy Center, a unique comprehensive stem cell center in Kansas. Previously, he spent 10 years as Senior Fellow for Life Sciences at another policy think tank in Washington, D.C., and prior to that almost 20 years as Professor of Life Sciences at Indiana State University, and Adjunct Professor of Medical and Molecular Genetics, Indiana University School of Medicine. Before that he was a faculty member in the Department of Obstetrics, Gynecology and Reproductive Sciences, University of Texas Medical School at Houston. He has done federally-funded laboratory research, lectured, and advised on these subjects extensively in the U.S. and internationally. He’s taught embryology, developmental biology, molecular biology and biochemistry for over 30 years to medical and nursing students, as well as undergraduate and graduate students.