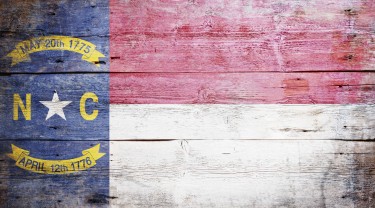 After meeting for over 8 months, the North Carolina General Assembly adjourned the 2015 “Long Legislative Session” on September 30. State lawmakers reached final agreement on a $21.74 billion state budget on September 18, over 11 weeks past the start of the state’s 2015-16 fiscal year. Despite the delay in the passage of the state budget, however, the 2015 Session was a great success in terms of legislation that protects the sanctity of human life, affirms the right to religious liberty, provides more choice in education, and seeks the best for the families of North Carolina.

The following is a summary of select legislation of interest to NC Family and our supporters. While it is not intended to be a comprehensive list of all the bills on which we’ve worked—NC Family monitors hundreds of bills each session—this summary is meant to hit the highlights of some of the most important policy actions taken, and not taken, by state lawmakers this session.

North Carolina became the fourth state in the nation to require a 72-hour informed consent waiting period for abortion with the passage of HB 465–Women’s and Children’s Protection Act of 2015. In addition to extending the waiting period from 24 to 72-hours, this bill also mandates that the N.C. Department of Health & Human Services conduct annual inspections of abortion clinics, prohibits abortion clinics from employing anyone under the age of 18, and requires more extensive reporting when abortions are conducted after the 16th week of pregnancy.

In the waning days of session, legislators also took decisive action to ban the sale of body parts and other remains of aborted unborn children in North Carolina, following the release of a series of undercover videos by the Center for Medical Progress showing Planned Parenthood executives and other staff callously picking through organs and other tissue from aborted babies and haggling over the price. HB 297–End Marketing/Sale Unborn Children Body Parts also creates a Class I felony offense for a violation of this new law and makes permanent a change included in the state budget that helps to ensure that no state taxpayer dollars are being directed to groups that perform abortions, like Planned Parenthood.

State lawmakers also continued funding in the budget bill, HB 97–2015 Appropriations Act, for pregnancy care ministries through the Carolina Pregnancy Care Fellowship and for maternity homes across the state.

State lawmakers protected the religious liberties of certain public servants in the state through the passage of SB 2–Magistrates Recusal for Civil Ceremonies, which allows magistrates and certain registers of deeds staff to recuse themselves from participation in civil marriages based upon a “sincerely held religious objection.” The bill also shields these public servants from punishment or disciplinary action for recusal. Thus far, at least 32 magistrates have sought protection under the law. Supermajority votes were required in both the State House and Senate to override Gov. Pat McCrory’s veto of SB 2.

Broader religious freedom protections that mirror the 1993 federal Religious Freedom Restoration Act (RFRA) were introduced in both chambers, but did not see formal action.

HB 348 and companion bill SB 550 sought to establish a uniform method for citizens to seek legal protection in court if they believe a state or local law, ordinance, rule, or regulation burdens their free exercise of religion. If such a claim were asserted under RFRA, the court would weigh the individual’s claim against the state’s “compelling governmental interest” and determine which interest prevails. This is an incredibly important measure that is necessary to affirm every citizen’s constitutional right to the free exercise of religion, and we urge lawmakers to enact a state-level RFRA in 2016.

Legislation that would have explicitly affirmed the fundamental rights of parents to “the care, custody, and control” of their children was approved overwhelmingly by the House in April, but failed to receive a hearing in the Senate. HB 847–Parental Rights and Med. Treatment of Minors also would have protected parents from allegations of abuse or neglect when making decisions about the medical treatment of their child after receiving contrary opinions from licensed health care providers. Also in April, the House Judiciary III Committee defeated HB 413–Expand Grandparent Visitation Rights, which was the latest attempt to enable grandparents to sue for visitation with their grandchildren over the objection of the child’s parent(s) living in an intact family. SB 346–Enact Stricter Immunization Requirements would have more than doubled the number of mandatory vaccines required by the state, and would have repealed an existing law that allows parents to exempt their children from the immunization mandate for religious reasons, but this bill was withdrawn from consideration by its Senate sponsors after a significant outcry by parents and other concerned citizens.

The 2015-16 state budget boosts parental choice in education by increasing funding for the state’s Opportunity Scholarship program to almost $18 million in 2015-16 and to almost $25 million in 2016-17. This program helps enable lower-income families to educate their children at the non-public school of their choice. The budget also expands funding for Special Education Scholarships for students with disabilities, while increasing the maximum amount of these scholarships from $3,000 to $4,000 per semester.

The General Assembly also ratified SB 279–Amend Qualifications/Practice of Counseling, which, in addition to modifying the state’s law related to professional counseling, improves North Carolina’s reproductive health and safety education program by adding a requirement for sex trafficking prevention and awareness, and by expanding the qualified professionals who may provide materials for instruction in reproductive health and safety.

Although several measures were introduced this session to expand legalized gambling in the state, fortunately none of them passed. The most notable provisions, included in the Senate version of the budget, would have expanded lottery advertising by 50 percent and would have directed the State Lottery Commission to initiate “E-Instant Games,” which are equivalent to online scratch-off tickets. These provisions were removed before the final budget was approved.

Two bills that would have legalized video sweepstakes gambling in North Carolina by licensing, regulating, and taxing sweepstakes operations were introduced in the House, but did not see action. HB 922–Video Sweepstakes Regulation and Taxation and the much broader HB 938–Comprehensive Gaming Reform would have legitimized an industry that has been skirting the state’s video gambling prohibition for years. Additionally, HB 894–Game Nights/Nonprofit Fund-Raiser would have allowed nonprofit organizations to conduct “Game Nights” as fundraising events utilizing games of chance, including roulette, blackjack, poker, craps, keno, and merchandise wheel of fortune. Because these proposals have tax implications, they may remain eligible for consideration next year.

In March, the House Judiciary I Committee voted down HB 78–Enact Medical Cannabis Act, which would have legalized marijuana for “medical use” in North Carolina. Another bill, HB 317, which would have legalized marijuana use by individuals diagnosed with a terminal or debilitating illness and who are in hospice care, was never brought up for consideration.

Lawmakers did pass a bill that creates a two-county pilot program for the free disposal of used needles and syringes “to reduce the spread of HIV, AIDS, viral hepatitis, and other bloodborne diseases through needle stick injuries.…” That bill, HB 712–Pilot Project/Used Needle Disposal, provides that any person participating in the program “shall not be charged with or prosecuted for possession of drug paraphernalia for any used needle or hypodermic syringe returned and disposed of, or for residual amounts of a controlled substance contained in the used needle or hypodermic syringe returned and disposed of.” If deemed successful, the program may be expanded to two additional counties.

The final conference report on the state budget increases the standard deduction for personal income taxes in 2016 by $500 for married couples filing jointly; by $400 for heads of households; and by $250 for single and married individuals filing separately. It also reduces the state’s individual income tax rate from 5.75 percent to 5.499 percent in 2017. A proposal in the Senate budget that would have capped itemized deductions at $20,000 was not included in the conference report.

State legislators will return to Raleigh for the 2016 “Short” Legislative Session on April 25, 2016, when their primary focus will be making adjustments to the budget for the 2016-17 fiscal year. In the meantime, be sure to stay on top of the latest breaking news on family policy issues by following the NC Family website at www.ncfamily.org, our Facebook page at NCFamily.org, and our Twitter account at @ncfamilyorg. If you are not currently signed up to receive our email alerts and call-to-action emails, you may sign up on our website or contact our office at (919) 807-0800.

Thank you for your interest and support, and rest assured that NC Family will remain at the cutting edge of the political and policymaking process in the Old North State!