No Different From Mike Wallace 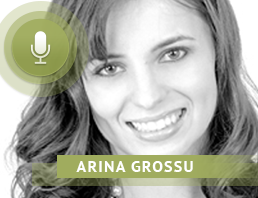 INTRODUCTION: Arina Grossu is the Director of the Center for Human Dignity at Family Research Council in Washington, D.C., where she focuses on sanctity of human life issues, ranging from conception to end of life care. She has appeared in various media outlets, including USA Today, National Catholic Register, Washington Times and the Congressional Quarterly.

Arina is with us today to talk about the ongoing undercover investigation of Planned Parenthood by the pro-life Center for Medical Progress, whose director, David Daleiden has been under fire by abortion rights groups, and is presently facing potential criminal charges following an indictment. We’ll be talking with Arina about the latest in this case, as well as a new report that Arina authored for Family Research Council entitled, “Investigating Planned Parenthood and Research Using Aborted Babies.”

JOHN RUSTIN: Before we talk about the report, update us briefly on what is happening in the David Daleiden case. Several lawsuits have been filed by abortion groups, and a grand jury in Houston, Texas, indicted Daleiden and a co-investigator rather that Planned Parenthood for the atrocities that Daleiden and others had uncovered through their videos. What’s the status of all of this?

ARINA GROSSU: The latest is that David Daleiden turned himself into the Houston Law Enforcement. He went to the courthouse there and posted bail, but they have a hearing set for March 28 before Judge Thomas, and his lawyers are going to be filing a couple of motions asking that the charges be dismissed at once, because they’re factually and legally insufficient.

JOHN RUSTIN: One of the points that I’ve heard raised regarding the indictment of David Daleiden and his co-investigator is that journalists regularly engage in the kinds of undercover investigative techniques that he did with Planned Parenthood, including using false IDs. Why are we seeing a double standard here, especially in terms of how the mainstream media is responding to this indictment?

ARINA GROSSU: That’s the question we all have. This is definitely imposing on David Daleiden’s First Amendment Rights to Freedom of the Press. This has been done by investigative undercover journalists forever, and this is common practice. And actually his lawyer said, “The tactics that Daleiden used are no different from Mike Wallace and other investigative journalists that have been using it for many years. Using the logic applied by Harris county’s DA’s office, every reporter on 20/20 is guilty.” And this is certainly the case that he is being unfairly treated because he’s covering Planned Parenthood. We need justice to be served in this, and that really Planned Parenthood should be the one that is facing indictment charges, not the messenger of what Planned Parenthood is doing.

JOHN RUSTIN: I couldn’t agree more, and we will continue to pray for a very positive turnout in this case, and a turnout that is appropriate for all that has come to light with respect to Planned Parenthood’s atrocities. And we certainly will continue to follow this case with great interest, and I appreciate that update. But, Arina, I want to switch gears a little bit now, and have you tell us about the purpose of the new report that FRC just released on Planned Parenthood.

ARINA GROSSU: The report is meant to synthesize information that we have, especially public documents, and any primary source documents that show the links between 20 Planned Parenthood affiliates and the abortion industry in terms of collecting aborted baby organs. And then we also look into biotech companies involved in collecting and then selling these aborted baby ogrants to universities [and] other entities. We really dig into that and uncover invoices, and letters and procurement laws and anything else that has become part of public record now, so that we can really show that this is happening, even though Planned Parenthood has denied it.

JOHN RUSTIN: In the report, you note that during the past five years, 20 Planned Parenthood affiliates have participated in fetal tissue harvesting programs using the remains of aborted babies. Tell us about this finding and the relationship between biotech companies and other tissue procurement organizations, and Planned Parenthood.

ARINA GROSSU: These 20 Planned Parenthood affiliates have been involved in the past five years in selling or harvesting aborted baby organs, and they are very much closely tied as we’ve seen with Stem Express, Advance Bio Science Resources, and other biotech companies. These places, once they obtain the aborted baby organs from Planned Parenthood and other abortion facilities, work with different universities, and we have letters between researchers at different universities and these biotech companies. And we also have seen that the NIH and FDA have given grants for such research at these universities. So, for example, at the University of Connecticut, there’s a professor who has received over a $3.8 million in taxpayer funds since 2001 to do research involving human fetal brains and other organs from babies.

JOHN RUSTIN: How many biotech companies and universities have you found that are participating in this kind of activity?

ARINA GROSSU: We have listed about eight biotech companies, but there are many universities involved. There is one article that was published saying that in 2014 alone, the NIH spent $76 million on human fetal tissue research, and made grants to more than 50 universities, including Columbia, Harvard, MIT, Stanford, Yale, etc., and they spent about that much annually. And so these biotech companies, the reason that they are in business is because there is a demand, whether the demand comes from universities or other corporations that are testing their drugs on using aborted babies. They are responding to a demand, and unfortunately, the fact that NIH gives $76 million a year in grants for this type of research is very disturbing.

JOHN RUSIN: It absolutely is. Also in the report you detail the state-level responses to Planned Parenthood’s harvesting and alleged illegal sale of aborted baby parts. How many states have launched investigations or started the process to defund Planned Parenthood of taxpayer dollars as a result of the release of these videos produced by the Center for Medical Progress?

JOHN RUSTIN: Congress has also responded by launching a number of investigations and holding several hearings. Tell us about those hearings, the outcome so far, and the role that you or FRC may have played in those investigations?

ARINA GROSSU: The hearings are ongoing, a House select panel was started back in December of last year to look into the practices of Planned Parenthood and to continue to investigate both at the federal level and looking at the state level Planned Parenthood’s practices. And, what they’re looking for specifically is to see, is Planned Parenthood making a profit off of the sale of baby organs? Two, are any of their affiliates responsible for changing abortion methods and risking women’s lives so that they can get more intact parts, as some of the videos that David Daleiden recorded show. Three—are babies being born alive and then killed, completely against the law protecting them once the baby is born alive? The baby is protected by the law. And so they are looking into these if these violations are taking place, and also looking into the industry of the tissue procurement corporations, the biotech companies, the government’s involvement in the funding of such research. And so it’s a pretty expansive investigation, and it’ll probably take about a year.

JOHN RUSTIN: In each of those three circumstances that you raised—profiting from the sale of baby parts, amending the abortion procedure in order to procure more intact baby parts, and also the taking of the life of unborn child who may be born alive—those would all violate federal laws that are currently in place, is that not correct?

ARINA GROSSU: That’s right. And so this is what they’re looking for and gathering a lot of information on individual affiliates, as well as from other facilities that are not affiliated with Planned Parenthood.

JOHN RUSTIN: Arina, as you know, just recently, a bill passed the U.S. Congress that would defund Planned Parenthood of a significant portion of the federal taxpayer dollars it receives annually. The bill made it to President Obama’s desk, and unfortunately, but not unexpectedly, he vetoed the measure. Really unbelievably considering the matters at hand, but he did. And then the U.S. House attempted to respond to that to override the President’s veto, but unfortunately failed to muster the supermajority vote necessary to enact that override. Despite the failure of the veto override, why is the passage of this bill so significant, especially as we look to the future of the pro-life movement in our country?

ARINA GROSSU: That was the first pro-life bill to reach President Obama’s desk, and he had to take a direct action. We knew in what direction he was going to go, but he had to face it himself, very directly, which way he would choose, and we are very hopeful with a pro-life president this piece of legislation is going to be signed into law. And so we look forward to the day when we will have a pro-life president. We are grateful for all the pro-life members who did vote in favor of overriding the veto. So we’re actually very hopeful in the next cycle, but we have to especially right now, focus our efforts on electing a pro-life president.

JOHN RUSTIN: It is so important for our listeners to understand that despite the failure to override the veto, what has happened is a precedent has been created for the passage again of legislation identical or very similar to what has passed. It really puts the moral obligation for that decision right at the desk of the president of the United States. And so that precedent has been set, President Obama bears the moral responsibility for his actions, and our next president will do the same, assuming that Congress passes a similar bill, which we expect that they will do. It’s really important to look in a longer term focus. This is not the first time that this legislation will be presented to the president, so we certainly look forward to seeing a much more positive outcome in the future.

Now Arina, before we go, for our listeners who are interested in taking a stand for life, what are some ways that they can help support David Daleiden and continue to raise awareness about the atrocities being committed by Planned Parenthood?

Arina Grossu: First of all everyone should become more informed on all of the issues involved around David Daleiden’s case, and if they are interested they can go visit www.FRC.org/PlannedParenthoodInvestigation to get a copy of my issue analysis. In terms of standing with David Daleiden, there is a petition put together by LifeSite News that now has over 110,000 signatures and yesterday, 100,000 of those signatures were delivered to the DA, and they’re looking to deliver to double that number so people can go to LifeSite News to sign that petition. Of course, people can pray and then promote, the hashtag is #IStandWithDavid. And continue to talk with friends and family, and continue to talk about Planned Parenthood, about the videos. We can do our part in making sure in social media and with our friends and family that it doesn’t remain hidden.

JOHN RUSTIN: Arina, you and FRC are doing such a great job of that and we’re so appreciative of it. If you would again repeat the website where folks can go to get a copy of the report, and also where can they go to learn more about the Family Research Council?

ARINA GROSSU: The report is found at www.frc.org/plannedparenthoodinvestigation. And also if you are willing and able to pray outside of abortion facilities, whether it’s Planned Parenthood or just a local abortion facility, your presence there makes a difference. Just being present in front of abortion facilities, praying, pitching in, and signing the petition online at LifeSiteNews—any of those things are going to continue to promote the pro-life message.