NC Lawmakers Get Down To Business 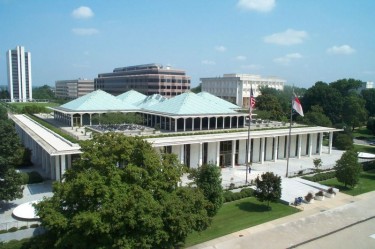 The North Carolina General Assembly returns to Raleigh today to begin the 2015 Legislative Session in earnest, and the North Carolina Family Policy Council will be present at the legislative building on a daily basis to represent the interests of North Carolina families before state lawmakers. If early reports are any indication, much of the session will be consumed by discussions over Medicaid, public education, and energy policy. Legislators, however, are likely to also tackle issues relating to religious liberty, parental choice in education, and sanctity of human life.

In light of ever-increasing pressure on citizens of faith to check their religious beliefs at the office, school, and government door, lawmakers will be looking at ways to further protect the fundamental right to religious liberty. Article 1, Section 13 of the North Carolina Constitution guarantees that “All persons have a natural and inalienable right to worship Almighty God according to the dictates of their own consciences, and no human authority shall, in any case whatever, control or interfere with the rights of conscience,” and it is of critical importance that this right is upheld.

Two advances made during recent legislative sessions: one expanding school choice through the enactment of the state’s Opportunity Scholarship program, and another promoting the sanctity of life by requiring that women have the opportunity to view an ultrasound of their unborn child before having an abortion, have been the subject of legal action. Lawmakers may consider legislation to address various aspects of these laws, which remain tied up in the courts.

Regarding items of concern, efforts made last session to expand the advertising budget of the state lottery may reappear, and legislators may even be presented with a proposal to legalize and tax video sweepstakes gambling as a way to generate additional revenue for the state. Similarly, proposals to legalize marijuana for medical and/or recreational purposes may also be introduced.

With respect to the makeup of the General Assembly, it is important to note that Rep. Paul Tine of Dare County has changed his party affiliation from Democratic to Unaffiliated and reportedly will caucus with House Republicans, changing the partisan makeup of the House to 74 Republicans, 45 Democrats, and 1 Unaffiliated. It was also announced last week that Sen. Earline Parmon (D-Forsyth) will resign her seat in the State Senate on January 28. A replacement has yet to be announced. (See our previous story for details about the election of the legislative leadership on January 14.)

Be sure to stay on top of what is happening at the North Carolina General Assembly by following the NC Family Policy Council via our: