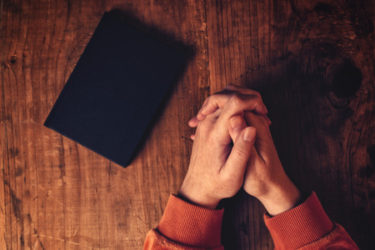 NC Family has joined allied organizations and hundreds of thousands of American families across the nation to urge President Donald Trump and Vice President Mike Pence to fulfill their campaign promise to uphold and protect religious liberty in our nation. Today, NC Family cosigned a letter with our national ally Family Policy Alliance and our network of 40 state-based family groups asking President Trump to sign an Executive Order: “affirming that persons and organizations do not forfeit their religious freedom when providing social services, education, or healthcare; earning a living, seeking a job, or employing others; receiving government grants or contracts; or otherwise participating in the marketplace, the public square, or interfacing with local, state, or federal governments…” The letter also acknowledges that the U.S. Congress should follow the President’s lead, “to pass strong religious freedom protections into law.”

The letter continues: “We write to request that you firmly reject the systemic bullying against individuals of faith, religious organizations, faith-based businesses, and churches that has been the hallmark of the former Administration and liberal media. Please swiftly sign an Executive Order Establishing a Government-Wide Initiative to Respect Religious Freedom.”

“The signing of an Executive Order by President Trump to protect and respect religious freedom in our nation will represent both a breath of renewal and a reversal of the oppressive environment created by the previous Administration,” said NC Family President John L. Rustin. “People of faith across our nation should encourage and pray fervently for the President and members of Congress as they consider and act on measures to restore our first liberty, the right to live out our faith in the public square.”

The policies of the Obama Administration earned a reputation of systematically bullying individuals of faith, religious organizations, faith-based businesses and churches. This hostility at the federal level impacted religious freedom at the state level as well. One of the most egregious examples is the attack on the Little Sisters of the Poor, a group of Catholic nuns who provide care for the elderly. Obama Administration officials were working to force the nuns to offer contraception in their healthcare plan as part of the Affordable Care Act, which the Little Sisters of the Poor vehemently rejected as a matter of faith and conscience.

NC Family encourages citizens across the state and nation to join us in letting President Trump and Vice President Pence know that Americans believe religious freedom means more than just the freedom to worship in our churches—it means that all people, of all faiths, in all places, at all times have the freedom to live out their sincerely held religious beliefs.

If you would like to join us in this effort to encourage President Trump to sign an Executive Order protecting religious liberty, you can do so by:

Emailing President Trump via the White House Contact Page, or

Thank you for your actions and prayers!