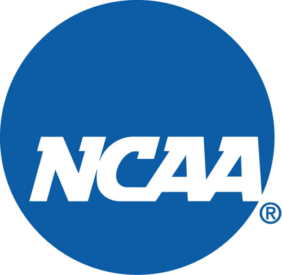 The NCAA announced this morning that it “reluctantly voted to allow consideration of championship bids in North Carolina.” This comes days after the passage of legislation that repealed North Carolina’s House Bill 2 and replaced it with limitations on the ability of local governments to adopt ordinances relating to bathroom access, private employment practices, and public accommodations.

A statement on the NCAA’s website reads, “The NCAA did not lobby for any specific change in the law. The Board of Governors, however, was hopeful that the state would fully repeal HB2 in order to allow the host communities to ensure a safe, healthy, discrimination-free atmosphere for the championship sites.” It goes on to say, “If we find that our expectations of a discrimination-free environment are not met, we will not hesitate to take necessary action at any time.”

“Last night, the University of North Carolina Tar Heels won the national championship for men’s college basketball, and this morning, the NCAA won the national championship for hypocrisy,” said Rustin. “First the NCAA says it did not lobby for the new ‘repeal and replace’ law, however, it repeatedly threatened to boycott North Carolina if HB2 was not repealed, and now says it ‘will not hesitate to take necessary action at any time’ if it doesn’t get its way. Next, the NCAA says it wants ‘to ensure a safe, healthy, discrimination-free atmosphere’ for championship games, but it is more than willing to push a radical social agenda that will allow men to enter women’s restrooms, locker rooms and showers, placing the privacy and dignity of women and children at risk. Finally, the NCAA says it wants a ‘discrimination-free environment,’ but it has demonstrated an unabashed desire to engage in selective discrimination when it has pulled NCAA events out of North Carolina and placed them in other locations that essentially have the exact same laws and standards. While we are pleased North Carolina will continue to be considered for collegiate championship events, we strongly oppose the hypocrisy, bully tactics, and discriminatory practices of the NCAA.”