“Little Sisters of the Poor” Among Key Cases on SCOTUS Docket 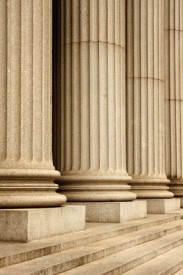 As stated in our story yesterday about Justice Scalia’s death, there are a number of very important cases on the U.S. Supreme Court’s docket that deal with issues such as religious liberty and the sanctity of human life. Oral arguments in one of those cases, Zubik v. Burwell, are scheduled to be heard by the Supreme Court on March 23, 2016. This landmark case, which is a consolidation of seven different religious freedom cases, is a confrontation between the religious liberty rights of explicitly religious organizations and the controversial contraceptive-coverage mandate under the Affordable Care Act and its related regulations.

The Little Sisters of the Poor and Priests for Life–along with Southern Nazarene University, Geneva College, Roman Catholic Archbishop of Washington and Bishop of Pittsburg, and East Texas Baptist University–argue that the U.S. Department of Health and Human Services’ (HHS) mandate that they pay for health plans that cover contraceptives and abortifacient drugs are a violation of the Religious Freedom Restoration Act (RFRA). They further argue that the regulatory “accommodations” offered by the Department do not resolve this violation. More than 30 friend-of-the-court briefs have been filed in support of the religious groups seeking relief from the healthcare mandate.

Court documents outline two primary questions that will be considered in the case:

Once the justices hear oral arguments in this case, it could take until the summer for the High Court to issue a final decision.