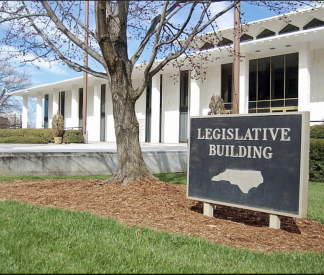 State legislative leaders have asked a Federal judge to dismiss the lawsuit challenging House Bill 142, the “replacement” bill for North Carolina’s House Bill 2. If granted, this action would nullify a legal proposal filed last week by Governor Roy Cooper and other parties in the case that seeks to invalidate the bathroom protections included in House Bill 142. These protections direct that: “State agencies, boards, offices, departments, institutions, branches of government, …and political subdivisions of the State… are preempted from regulation of access to multiple occupancy restrooms, showers, or changing facilities, except in accordance with an act of the General Assembly.”

Following the repeal of House Bill 2 this past March, an existing lawsuit challenging that bill was redirected at House Bill 142, the “replacement” bill for HB 2.

As NC Family reported last week, Gov. Cooper, State Attorney General Josh Stein, the ACLU of North Carolina, Lambda Legal and other parties in the lawsuit filed a consent decree asking the judge to invalidate the bathroom provision of HB 142 by prohibiting the Executive Branch Defendants “from prosecuting an individual who uses public facilities under the control or supervision of the Executive Branch, when such use conforms with the individual’s gender identity, and is otherwise lawful.”

What these parties failed to make clear is that N.C. Senate President Pro Tempore Phil Berger (R-Rockingham) and Speaker of the N.C. House Tim Moore (R-Cleveland) are also defendants in the case and did not join in the proposed consent decree. In fact, in a brief filed Monday, these legislative leaders have instead, asked the Federal judge to dismiss the case in its entirety.

In their brief, Senator Berger and Speaker Moore asked the Federal judge overseeing the case to dismiss it due to the plaintiffs’ lack of standing and inability to demonstrate harm from the enactment of HB 142. The brief notes that the plaintiffs “allege only contingent future events that might never happen, and which can be adjudicated only in the context of a concrete factual dispute.” The brief also states that HB 142, in regards to the plaintiffs, “does not regulate them, classify them, disproportionately burden them, or deprive them of any pre-existing protection.” Lastly, the brief notes that the lawsuit asks the Court to “commandeer state and local government contrary to the 10th Amendment.”

A similar brief was also filed Monday by the University of North Carolina system.

If the Federal judge rules in favor of the legislative leaders and dismisses the case, the key bathroom protections included in HB 142 will remain in place.

The Executive Order issued by Gov. Cooper last week, however, would remain in effect. This order allows individuals to enter and use public bathrooms, showers, locker rooms and other intimate facilities under the control and/or supervision of the Executive branch based upon their “gender identity.” It also grants special legally protected status in state jobs, contracting, grant making, government services, etc. on the basis of “sexual orientation” and “gender identity or expression.”

NC Family will continue to monitor this developing situation and provide updates as they are available, so please stay tuned.