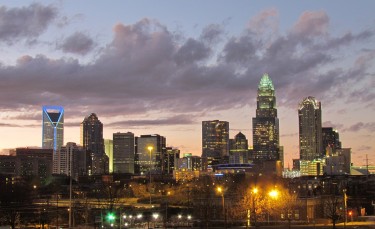 The City of Charlotte is bracing for what could be yet another assault on religious liberty and common decency. The Charlotte City Council appears poised to once again take up a highly controversial and hazardous set of local ordinances that would establish “sexual orientation,” “gender identity,” and “gender expression” as legally protected, civil rights status classifications. A similar effort was narrowly defeated last March.

The amendment to the city code would force businesses, schools, and other “public accommodations” within the city limits to allow men to use women’s restrooms and locker rooms and women to use men’s restrooms and locker rooms. It would also subject business owners, such as florists, bakers, photographers, bed and breakfast owners, and others, to potential fines and other penalties if the government considers their actions discriminatory in regard to these classifications, even if that action is due to a sincerely held religious belief.

According to a Facebook post by MeckPAC, a local LGBT Political Action Committee, a public forum planned by the Charlotte Community Relations Committee and Community Building Initiative will be held February 1, with a potential vote by the City Council to take place as early as February 8.  At the time of this article, there was no official word of the public forum or the vote on official Charlotte City Council websites. If this measure is similar to the one debated in 2015, it would be the most far-reaching ordinance of its kind in North Carolina and could set a precedent that would encourage other cities and counties across the state to consider similar measures.

The controversial ordinance would expand several sections of the Charlotte city code to include legal protections on the basis of “sexual orientation,” “gender identity,” and “gender expression.” The proposed ordinance would:

The Charlotte City Council voted against a similar ordinance last March after four hours of public comment and an additional hour of committee discussion. Over 100 individuals, the majority of whom opposed the proposal, participated in the public comment period.

NC Family will be providing more information as it becomes available, so please stay tuned!