Get Ready NC! Abortion Activists Are Taking Their Fight to the States 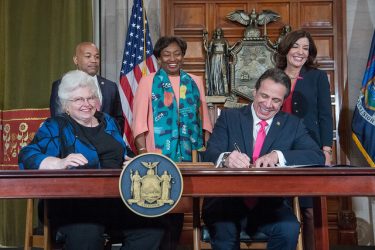 Just days after New York lawmakers took our breath away by passing one of the most radical and thoroughly heartless abortion laws in recent memory amidst jubilant celebration, a Virginia lawmaker testified before a committee on a similar bill in that state. Virginia lawmaker Kathy Tran, speaking before a committee, admitted that her bill would allow abortion even after labor has begun. (View the chilling footage below.)

Not to be outdone on the “have we all lost our minds?” scale, newly elected Virginia Governor Ralph Northam, when asked about the failed bill, was quoted as basically advocating infanticide. “If a mother is in labor…the infant would be delivered. The infant would be kept comfortable. The infant would be resuscitated if that’s what the mother and the family desired, and then a discussion would ensue between the physicians and mother.” Didn’t you just hear: Have the baby and then we’ll decide? Governor Northam, a pediatric neurologist by training, later denied he was advocating for the killing of newborns, even those with life-threatening deformities.

Reeling from recent appointments to the U.S. Supreme Court that may result in more pro-life rulings, abortion advocates are taking their fights to the states. They know if Roe v. Wade is overturned, the laws in each state will take over. Leana Wen, President of Planned Parenthood Federation of America said in The Wall Street Journal, “Courts can no longer be a reliable backstop to anti-reproductive health politicians. And because we don’t expect the attacks to stop, that is why we have to focus on states.”

The viciousness and heartlessness of these bills has surprised even the most seasoned legal experts, such as Princeton law professor Robert George, who stated on his Facebook page after the New York law passed:

“Until a few minutes ago, I had never felt physically ill as a result of watching something on television. But the video footage of New York legislators applauding and cheering the monstrous late-term abortion bill they passed yesterday on the anniversary of Roe v. Wade literally nauseated me. The sheer inhumanity of applauding an act licensing and facilitating the killing of six, seven, eight, even nine month babies–babies who could be delivered and survive; babies with fully formed faces, eyelashes, fingernails; babies who hear and are familiar with their mother’s voice—turned my stomach. What kind of people are we? How can so many be utterly blind to such gross and manifest evil? These people were cheering. They were *cheering*. Where did this fanatical commitment to ensuring that the lives of children in the womb count for nothing—indeed less than nothing—come from? How did this contempt for human life insinuate itself into people’s hearts?”

This is the new face of the pro-choice movement. Long gone are words about making abortion “safe, legal and rare.” These have been replaced with admonitions to “Shout Your Abortion” and t-shirts that say, “I love people who’ve had abortions,” adorned with little hearts.

According to John Stonestreet with the Colson Center for Christian Worldview, this is what you can expect from now on if you elect pro-abortion representatives. “This is the pro-abortion movement exposed. This is what happens when pro-abortion politicians gain control of an entire state.”

So be ready North Carolina! This battle is coming to our state. Pro-life lawmakers in New York held off a version of their bill for 12 long years before 8 new pro-abortion lawmakers were elected, giving them a majority. Days after they were sworn in, they passed this radical new law that legalizes abortion until birth and removes any protections for unborn children at any point in the pregnancy.

Here at NC Family, we have always understood the importance of family-friendly public policy on the state level. We recognize that what we do in North Carolina reverberates across the nation to other states and is often reflected in what happens on the federal level. We all need to be ready. Please educate yourselves on this and other vital issues and be prepared!

Your resolve to stay informed and to spread the word to your networks across the state might be our best chance of helping to ensure that North Carolina is one of the most family-friendly and pro-life states in the nation. For the sake of life and for the good of the family, we thank you!

Page image at top from https://www.flickr.com/photos/governorandrewcuomo/