Behind Every Issue is a Person 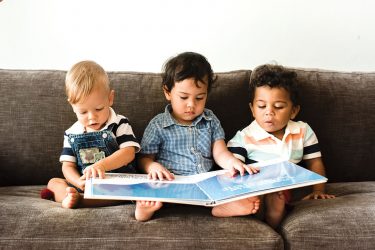 In the Spring/Summer 2019 issue of this magazine, we included a quote from Dr. Bruce Ashford: “We need to let the Bible frame the way we view things and the way we treat people. No matter what the radio show hosts say, no matter what the political pundits say, no matter what many of our political leaders do, we will cut our own wake. We’re Christians first and foremost.” In this issue, we examine more deeply how this approach to public policy can, at times, put us at odds with our culture and also, at times, with our political friends. But, as Dan Darling states in the following article, it also increases the likelihood that we will be “the hero of the story” in God’s eyes.

What God requires.
To a religious establishment bent on finding loopholes in Jesus’ command to “love your neighbor as yourself,” Jesus told a story about an injured man on a dangerous roadway near Jericho. Two people, with power and agency, passed by this man. A Samaritan is the hero of the story.

Jesus is telling us here about what he requires—and what he prizes—in the citizens of his kingdom. He is not pleased when we look for loopholes and walk on by. He is pleased when we see the vulnerable and cross the road and get involved and make a difference.

What if our public engagement of issues, the way we vote, the people on whose behalf we speak, the way we talk, and the way we listen was shaped less by tribal loyalties and more by the way of Jesus? This doesn’t mean that we won’t have to make difficult voting decisions or that we will all agree on the best public policies. What it does mean, however, is that the axis around which we shape our politics will be shaped by a desire to use our power and our platforms to advocate on behalf of those who may have no voice.

Imagine.
Imagine a new, human dignity movement, which transcends and ignores and gets beyond existing tribal loyalties.

Seeing people as God sees them—created in his image—means we will often have to refuse to prioritize one interest group above another. It means we will have to stop compartmentalizing our views of human dignity. I’ve seen younger evangelicals who are rightly, wonderfully drawn to speak out on behalf of refugees and victims of human trafficking and the poor, but who are also tempted to silence on behalf of the unborn because this would put them in agreement with more conservative older generations whom they perceive as the enemy. And I’ve seen older generations of evangelicals, rightly concerned about the dignity of unborn human life, hesitant to speak out on issues of race and poverty because it might put them at odds with their ideological allies.

I see one cause pitted against another, as if human dignity is a zero-sum game.

We need to stop choosing. We need to start caring about dignity wherever it is undermined and assaulted.

This doesn’t mean there won’t be differing callings, or that we won’t feel compelled to advocate for one particular area where humans are not being treated with dignity. But we should commit to learning about and sympathizing with all aspects of human dignity, and learn to speak in language and care about issues that reach beyond the amen chorus of our own constituencies.

Resist letting politics shape our faith.
We must resist letting our politics shape our faith instead of our faith shaping our politics. This will take great courage. But a public witness that never crosses the aisle or that is galvanized by fear of the other party is not a public witness that loves our neighbors well. If we are going to step into the places our King most delighted in visiting—the lowly, the meek, the vulnerable—we cannot let our worldly alliances dictate our words and silences, our action and inaction.

We need a fully orbed pro-life vision that enters the public square and speaks up for human dignity wherever it is compromised, whether in the womb, on the streets of Baltimore, Cleveland and New York, at the nursing home, in the halls of power, or at the border. We are redeemed image-bearers, who have been recreated by Christ in the gospel, and we are now tasked with fighting for human dignity all around us. “[God] has told you, O man, what is good; and what does the LORD require of you but to do justice, and to love kindness, and to walk humbly with your God?” (Micah 6:8). And “Religion that is pure and undefiled before God the Father is this: to visit orphans and widows in their affliction, and to keep oneself unstained from the world.” (James 1:27)

Beyond Politics.
And yet, as much as I am urging Christians to enlist in the fight to contend for human dignity in the public square, I’m urging us to remember that politics isn’t everything; in fact, that it is but a small part of what it means to live on mission for God in this world. For every argument we make online or in the office of a public official, there are hundreds of interactions in our daily lives that test whether we really think every person is made in God’s image. Human dignity is more than a platform; it’s a way of life.
——
Jesus cared enough about humanity to become a human. The Spirit cares enough about humanity to transform us as humans. And when we ascribe the value to humanity—all humanity—that Jesus did and does, we realize that part of living as a Christian and part of believing as a Christian is to view people the way God views them.

The Church at its best.
Image-bearing, image-based human dignity is not a new concept. At its best, the church has allowed this belief to shape the way it has acted on behalf of vulnerable people. We could go so far as to say that the church has most fulfilled its task when this belief has been most celebrated.

Yet at the same time, we must admit that, when it comes to treating all people as being made in God’s image, the behavior of some Christians and churches has been far from perfect. Tragically, there have been Christians who have used the Bible to either justify or ignore racism, slavery, and genocide. At times the church has had to learn from those outside the church what it means to treat particular groups in a way that is consistent with what biblical believers profess to believe. I would argue that these dignity-diminishing views and actions have either been a deviation from, or a willing ignorance of, God’s view of humanity as revealed in his word. And it is always a recovery of Christian theology that has moved Christians to repent of sinful ideologies and work for justice in the world.

Today the challenges to human dignity are as serious as those that have faced any generation. War, poverty, racism, abortion, violence, slavery, and other injustices prey upon the dignity of humans everywhere. This is why a recovery of a robust Christian vision of human dignity is vital if we are to represent God as his imagers in this world. If our generation would leave a legacy that our spiritual grandchildren will be proud of, and that the world may one day be thankful for, we must learn what it means to really live out what we say we believe: that every person we meet, interact with, or hear of carries inalienable dignity, made as they are in God’s image.

Dan Darling is a columnist and author. This article was adapted from his book, The Dignity Revolution.