Evidence Mounts That HB2 Had Little Impact on Economy 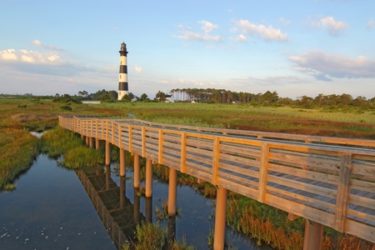 House Bill 2 has been “repealed and replaced,” but the issues involved are still very much alive and will be at the forefront of policy discussions for the foreseeable future. Two recent reports have shed more light on one of the most talked about claims by opponents of North Carolina’s “Bathroom Bill,” namely that it had a negative impact on North Carolina’s economy. The reports present clear evidence that these claims were overblown, particularly regarding North Carolina’s business friendly environment and tourism. In fact, North Carolina was once again ranked as the number one state for economic competitiveness, and North Carolina tourism experienced a record-breaking year in 2016.

North Carolina has, once again, been ranked number one for its economic competitiveness, taking the top spot in Site Selection Magazine’s “2017 Prosperity Cup” rankings. North Carolina received the same ranking in 2015 and tied for first with Texas in 2016. The selection was based on 2016 data and debunks many of the claims made by opponents of HB2, particularly about investment in the state.

The report states that the law did not cause a problem for capital investment in the state – “not by a long shot.” It notes, “North Carolina ranked fourth nationally in total new and expanded facility announcements for 2016,” and “it ranked seventh nationally in the per capita Governor’s Cup tally of projects for the year.” Those performances were “unchanged from the previous year.” The magazine went on to say that “HB2 didn’t change the strategic significance of a North Carolina location to companies already there, nor to most considering it a potential addition to their real estate portfolios.”

The additional states in the Top 10 further debunk many of the claims made by opponents of HB2.  Nine of the Top 10 states ranked for economic competitiveness had nondiscrimination policies for public accommodations that do not include “sexual orientation” or “gender identity.” Iowa is the only exception. The top two states, North Carolina and Tennessee, both restrict municipalities from adopting their own nondiscrimination policies.

Despite the numerous claims that HB2 would deter visitors to our state, the data shows a completely different story. North Carolina had a record-breaking year in 2016. North Carolina tourism “generated record visitor spending in 2016 with a total of $22.9 billion.” That number represents a “4.3 percent increase from 2015.” In other words, North Carolina tourism generated more spending in 2016 (the year that North Carolina was supposedly “closed for business”) than any other year on record. The increase in spending helped achieve a record for “tourism industry-supported employment,” which “topped 218,000 jobs to set another record for the state.”

These reports are the latest among mounting evidence that refute claims by opponents of House Bill 2 that the law had a disastrous impact on North Carolina’s economy. These accusations—pushed by radical far-left groups and parroted by mainstream media—were clearly unsubstantiated.