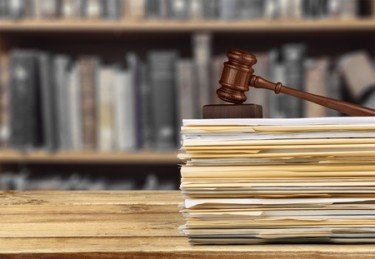 Officials in 11 states joined together on Wednesday, May 25 to sue the Obama Administration and challenge its radical policy that would force “elementary and secondary schools that receive federal funds” to open bathrooms, showers, changing rooms, and other facilities to individuals of either sex. The states represented in the lawsuit include Texas, Alabama, Georgia, Louisiana, Oklahoma, Tennessee, Utah, West Virginia, Wisconsin, Arizona and Maine.

As we reported on May 13, the U.S. Departments of Education and Justice issued a “guidance document” to public schools, colleges and universities across the nation, stating that they must allow students to use the bathrooms and locker rooms that correspond to their “gender identity” as opposed to their biological sex, or risk losing federal education tax dollars. This means that female students could be forced to share bathrooms, locker rooms, and other facilities with male students who self-identify as female.

The legal battle—similar to lawsuits filed by North Carolina leaders earlier this month—revolves around the definition of the word “sex,” which the Obama Administration has re-interpreted to include “sexual orientation” and “gender identity.” The multi-state plaintiffs in the case argue that the Obama Administration has far exceeded its authority and did not go through proper lawmaking or rulemaking procedures to make such a drastic policy change. “[The] Obama Administration’s disregard for federal law as written—and the ability to separate sex intimate facilities—reached its nadir in the wake of events in North Carolina,” the lawsuit states.

The eleven states are asking the court for a “final, permanent injunction preventing the Defendants [the Obama Administration] from implementing, applying, or enforcing the new rules, regulations and guidance interpretations.”