Obama Administration Goes “All In” With Radical Open Bathroom Policy 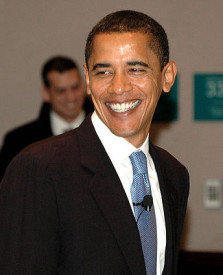 Just days after filing legal action against North Carolina for the recently enacted bathroom safety and privacy law, House Bill 2, the Obama Administration is attempting to force its “All In” bathroom policy on EVERY STATE in the nation. A joint press statement issued by the U.S. Departments of Justice and Education today seeks to provide “guidance” to all public schools, colleges and universities across the U.S. In the statement and the letter sent today, the Obama Administration seeks full implementation of its radical and unlawful attempt to redefine the word “sex” in federal laws and regulations to include “sexual orientation” and “gender identity.”

The document also states that public schools, colleges and universities must permit:

Although the U.S. Justice Department has said that it will not withhold education tax dollars from North Carolina while litigation over House Bill 2 is taking place, the clear language of these documents is that the Administration intends to use the “power of the purse” to force states and individual schools, colleges and universities to comply with these radical policies: “As a condition of receiving Federal funds, a school agrees that it will not exclude, separate, deny benefits to, or otherwise treat differently on the basis of sex any person in its educational programs or activities unless expressly authorized to do so under Title IX or its implementing regulations. The Departments treat a student’s gender identity as the student’s sex for purposes of Title IX and its implementing regulations. This means that a school must not treat a transgender student differently from the way it treats other students of the same gender identity.”

Again, these “guidance documents” assert the policies of the U.S. Departments of Justice and Education on THE ENTIRE COUNTRY. Apparently this unconstitutional overreach by the Obama Administration to redefine the word “sex” is the legacy this president wants to leave behind. The outcome of the five lawsuits currently pending in federal courts in North Carolina will likely determine whether or not this is a lasting legacy on our nation.

TAKE ACTION:  Please use the following links to: