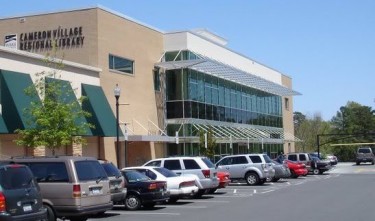 Thanks to a successful lawsuit filed by a Christian civil liberties organization, Wake County, North Carolina has agreed to reverse its unconstitutional Library Conference Room Policy that had prohibited organizations from using its facilities to present religious viewpoints. In April 2015, Liberty Counsel filed a lawsuit against Wake County, challenging a policy that limited the use of county library conference rooms to “non-commercial, non-religious, and non-partisan activities” and prohibited groups that used the facilities from engaging in “religious instruction, services or ceremonies.” According to the lawsuit, even though the Cameron Village Regional Library allowed secular nonprofit groups to use its facilities free of charge, it repeatedly denied Liberty Counsel’s requests to use the conference room for a presentation on the “foundations of America from a Christian perspective.”

On Tuesday, June 23, District Judge Louise W. Flanagan issued a judgment against Wake County and in favor of Liberty Counsel “on all counts.” The library has now agreed to “remove all offending bans on religion,” according to Liberty Counsel.

“Any policy that expressly prohibits meetings based on the religious viewpoint of the program is simply unconstitutional,” said Mat Staver, Founder and Chairman of Liberty Counsel, in a statement. “The Supreme Court has struck down countless attempts by local government bodies to remove religion from the public arena. Public libraries are a marketplace of ideas, and governments cannot censor religion from the marketplace.”