Cutting Through the Media Bias; The Truth About HB2 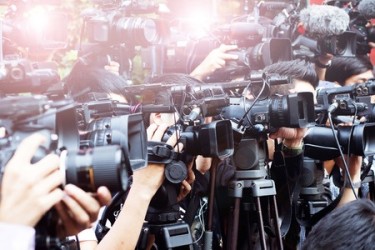 Before Governor Pat McCrory’s signature was dry on House Bill 2 Wednesday night, the media bias spin machine was in full force mischaracterizing the legislation, which was passed with bipartisan support during a special session of the North Carolina General Assembly on March 23. The measure was a response to a radical and hazardous set of ordinance changes passed by the Charlotte City Council on February 22 and scheduled to take effect on April 1. These ordinance changes would have allowed men to enter women’s restrooms, locker rooms, changing rooms and other facilities all across the city, placing the privacy, safety and dignity of women, children, the elderly and others at great risk.  The changes also would have given special legal protections to individuals based on their self-determined “sexual orientation,” “gender identity,” or “gender expression” — classifications that do not currently exist in state anti-discrimination laws. Furthermore, the new provisions would have been used by the city to force business owners with sincerely held religious beliefs about marriage and sexuality to accept and conform to the Council’s radical viewpoint in violation of those beliefs or to face fines and other legal penalties.

So let’s cut through all the media hype and look at the truth of what House Bill 2 actually does:

House Bill 2 establishes a statewide policy that “single-sex multiple occupancy bathroom and changing facilities” are “designated for and used only by persons based on their biological sex,” which is the “sex” stated on the person’s birth certificate. This applies to all such facilities under the authority of state government, local government, the public school system, the university and community college systems, and any other political subdivisions of the state. HB 2 clarifies that the bill does not prevent the government from “providing accommodations such as single occupancy bathroom or changing facilities upon a person’s request due to special circumstances.” Furthermore, existing state law allows an individual to change the “sex” designation on their birth certificate if they have undergone sex reassignment surgery and the surgery is verified in a notarized statement from a physician.

House Bill 2 establishes a statewide policy regarding public accommodations in order to “protect and safeguard the right and opportunity of all individuals within the State to enjoy fully and equally the goods, services, facilities, privileges, advantages, and accommodations of places of public accommodation free of discrimination because of race, religion, color, national origin, or biological sex.” This provision preempts any related ordinances or regulations passed by units of local government that extend beyond state law, and enables the Human Relations Commission in the State Department of Administration to “receive, investigate, and conciliate complaints of discrimination in public accommodations.”

Finally, House Bill 2 establishes that “the regulation of discriminatory practices in employment is properly an issue of general, statewide concern,” and that city and county governments may not enact regulations related to employment discrimination that go beyond state law, which recognizes “race, religion, color, national origin, age, biological sex [and] handicap” as protected classifications. The bill also enhances the state’s “Wage and Hour Act” by preventing cities and counties from adopting ordinances or imposing regulations upon employers relating to the wage levels of employees, hours of labor, payment of earned wages, benefits, leave, or well-being of minors in the workforce.” In addition, it prohibits cities and counties from placing regulations on the employment practices of a contractor, or on “the provision of goods, services, or accommodations” by a contractor as a condition of entering into a contract.