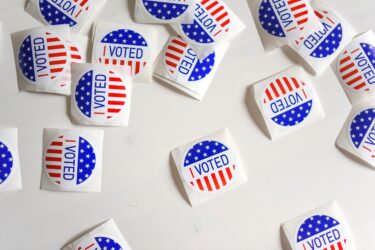 In this third installment of NC Family Election Insights, we look at the most competitive State Senate races in North Carolina. Similar to our report on federal races last week, we begin with an analysis of the new State Senate districts, which were ordered to be redrawn by the NC Supreme Court after the state’s High Court rejected the original map passed by the NC Legislature.

The 2022 Civitas Partisan Index (CPI), produced by our friends at the John Locke Foundation, provides a baseline “partisan rating” of North Carolina’s 50 State Senate districts based on voter demographics and past voting performance. According to the CPI, North Carolina starts out with 22 districts that are either “Safe Republican” or “Likely Republican” and 17 districts that are either “Safe Democratic” or “Likely Democratic.” Of the remaining 11 districts, Senate District 31—represented by Republican Sen. Joyce Krawiec—is uncontested, leaving 10 races that are expected to be particularly competitive.

For Republicans to gain a veto-proof supermajority in the State Senate and gain the ability to override Democratic Governor Roy Cooper’s veto, they would have to win 30 of the 50 Senate seats. The GOP currently holds 28 seats. It is possible to get to 30, but it means the GOP would have to keep all 23 seats in “Safe,” “Likely,” and uncontested Republican territory and hold and/or capture 7 of the 10 competitive districts listed below.

It is important to note that in recent mid-term elections, the party of the sitting president typically loses seats. Considering high gas prices, low investment yields, the general economy, and other factors, Republicans could enjoy a measurable tailwind heading into the November 8 General Election. On the other hand, Democrats are attempting to use the U.S. Supreme Court’s recent Dobbs ruling—which overturned Roe v. Wade and returned the issue of abortion to the states — to scare independent voters and try to turn them away from Republican candidates. As we pointed out in our earlier report, “many other factors can influence the ultimate outcome of elections like candidate performance, voter turnout, campaign advertising, and the spending of ‘outside money’ by interest groups and Super PACs.”

Below is a listing of the ten most competitive State Senate races with links to the candidates’ pages on NCFamilyVoter.com, so you can see their responses to our Voter Guide survey and visit their campaign websites, which are also linked.

NC Senate District 3—Former Republican State House member Bobby Hanig is being challenged by Democrat Valerie Jordan in this “Leaning Democratic” virtually open-seat district. We say “virtually,” because Hanig was appointed to the State Senate on August 26 to replace the retiring Sen. Bob Steinberg, and Hanig has not yet run for election to the Senate. This Senate district in northeastern North Carolina is also quite a bit larger and covers a different geographical area than Hanig’s former House district. Although this district is rated as a “D+5” and has the strongest Democratic leaning of the 10 districts in this list, a favorable Republican tide could push it into GOP hands. Hanig, a businessman, served two terms in the NC House. Jordan currently serves as a member of the NC Board of Transportation.

NC Senate District 4—Incumbent Democratic Senator Toby Fitch is being challenged by former Republican State Senator and attorney Buck Newton in this “Toss-Up” district that includes Greene, Wayne, and Wilson counties. While Fitch carries an assumed advantage of running as an incumbent, this district is rated as “R+1,” meaning that Newton starts out with a slight edge based on the demographics of the district. Newton’s previous service in the State Senate and statewide run for Attorney General in 2016 is likely to help his name recognition. Fitch is a former State House member and former Superior Court Judge.

NC Senate District 7—Incumbent Republican Senator Michael Lee faces Democrat Marsha Morgan in this “Toss-Up” district located in New Hanover County. Lee, an attorney and three-term Senator, won his 2020 race in a slightly different district and by a slim one-percent margin of 1,268 votes in a race that saw 125,242 votes cast. Morgan is a retired Army colonel and educator. This contest starts out on even ground according to the CPI, so this is definitely a race to watch.

NC Senate District 11—Incumbent Republican Senator Lisa Barnes is being challenged by Democrat Mark Speed in this slightly “Leaning Democratic” district encompassing Franklin, Nash, and Vance counties. Barnes served one term in the State House before joining the Senate in 2021. Speed is a member of the Franklin County Board of Commissioners.

NC Senate District 17—Democratic Senator Sydney Batch is being challenged by Republican Mark Cavaliero and Libertarian Patrick Bowersox in this very slightly “Leaning Democratic” district in southern Wake County. Batch, a former State House member and attorney, was appointed to this Senate seat in January 2021 to replace Sam Searcy, who resigned following the 2020 election. Cavaliero is a retired Marine and businessman, and Bowersox is a produce manager according to his LinkedIn page.

NC Senate District 18—This open-seat race incorporates northern Wake and Granville County and pits Republican E.C. Sykes against Democrat Mary Wills Bode and Libertarian Ryan Brown in a three-way General Election. The district is slightly “Leaning Democratic.” Sykes, a businessman, ran a competitive but unsuccessful race for NC Secretary of State in 2020. Bode is an attorney and served for a short time as a registered lobbyist for North Carolinians for Redistricting Reform. Brown works in information technology.

NC Senate District 21—Incumbent Republican Senator Tom McInnis is being challenged by Democrat Frank McNeill in this “Toss Up” district located in Moore County and an adjoining portion of Cumberland County. McInnis, an auctioneer and businessman, is serving his fourth term in the NC Senate. McNeill is a former mayor of the Town of Aberdeen, former Moore County School Board member, and the owner of McNeill Oil and Propane.

NC Senate District 24—Incumbent Republican Senator Danny Britt is facing Democratic challenger Darrel (BJ) Gibson in this “Toss-Up” district in Hoke, Robeson, and Scotland counties. Britt is an attorney and is serving in his third term in the NC Senate. Gibson is Senior Pastor of Nazareth Missionary Baptist Church in Wagram, NC and serves on the Scotland County Board of Commissioners.

NC Senate District 34—Incumbent Republican Senator Paul Newton is being challenged by Democrat Keshia Sandidge in this “Leaning Republican” district in Cabarrus County. With an “R+4” rating, this district has the strongest Republican lean of all the districts in this report. Newton is an attorney and retired business executive serving in his third term in the Senate. Sandidge is a social worker who serves on the Cabarrus County Board of Education.