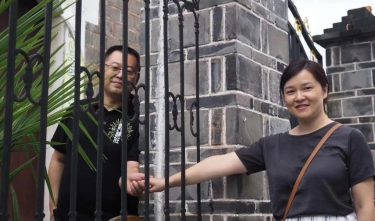 Pastor Wang Yi of Early Rain Covenant Church in Chengdu, China was recently tried in secret and sentenced to nine years in prison by a Chinese court. This is the longest sentence given to a house church pastor in that country in over a decade, according to ChinaAid. Wang is charged with “inciting subversion of state power and operating an illegal business,” but members of Early Rain argue that these charges are baseless, and “part of the unjust persecutions against the Chinese house church.” According to World Magazine, “The U.S. State Department called for Wang’s immediate and unconditional release, noting that the Chinese Constitution guarantees religious freedom for its citizens.”

Early Rain is one of the largest and most influential “house” churches—or unregistered churches—in China, and has been continually persecuted by the Chinese government. Pastor Wang was arrested in December 2018, along with more than one hundred leading members of his church. According to reports, almost all of these members have since been released, but continue to be monitored and harassed. Those not from Chengdu have been forced to move back to their hometowns.

Before Wang was arrested, he wrote a statement to be released if he was detained more than 48 hours. Titled “My Declaration of Faithful Disobedience,” the statement outlined Wang’s devotion to his God and his church. “I accept and respect the fact that this Communist regime has been allowed by God to rule temporarily,” he said. “At the same time, I believe that this Communist regime’s persecution against the church is a greatly wicked, unlawful action. As a pastor of a Christian church, I must denounce this wickedness openly and severely. The calling that I have received requires me to use non-violent methods to disobey those human laws that disobey the Bible and God.”

Wang went on to say that he was not trying to dismantle China’s Communist regime, or make some political stance to change its laws. “If God decides to use the persecution of this Communist regime against the church to help more Chinese people to despair of their futures […] and through this to make them know Jesus, if through this he continues disciplining and building up his church, then I am joyfully willing to submit to God’s plans, for his plans are always benevolent and good.”

After Pastor Wang’s sentencing, Early Rain Covenant Church released a response in continued support of their pastor. “Pastor Wang Yi did not commit any crime,” it said. Recognizing that God wants them to love—not hate—and pray for those in government, they wrote, “We desire that those public officials and law enforcement officers who are involved in this case would quickly repent and believe in the Lord, that you would know the atonement and forgiveness of sins which the Lord Jesus extends to all through his suffering on the cross.”

Please join NC Family in our prayers for Pastor Wang Yi, for Early Rain Covenant Church, and for all persecuted brothers and sisters in Christ in China and around the world.