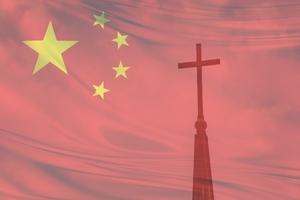 NC Family has reported for years on the religious liberty and human rights violations taking place in China under the direction of the Chinese Communist Party (CCP). From genocide against Muslim Uyghurs to persecution of Christians through intimidation and imprisonment, the CCP has launched a war against independent faith communities across the country.

Reverend Bob Fu has firsthand experience with the CCP’s persecution, as he was imprisoned for leading a house church. Rev. Fu now serves as the Senior Fellow for International Religious Freedom at Family Research Council, as well as President of ChinaAid, which works to fight the CCP’s human rights violations in China. We welcome Rev. Fu to this week’s episode of Family Policy Matters to share his story, and how he is now fighting for religious liberty in China.

“We have seen for the time in China, the Communist Party has launched a war against the cross,” says Rev. Fu. From forcibly tearing down crosses to destroying churches to raiding house churches and imprisoning its leaders, the CCP is stopping at nothing to eradicate the Christian faith.

“I think it’s really time for us to take some action,” urges Rev. Fu. This means holding companies like Apple, Nike, NBC, and Coca-Cola accountable for their relationships with China, and promoting the firsthand stories of those who have escaped persecution, like Rev. Fu himself. “Certainly, we need to pray for those persecuted, and pray for the persecutors too, for their repentance.”

Tune in to Family Policy Matters this week to hear Reverend Bob Fu share more about the CCP’s persecution of faith communities, and visit ChinaAid.org to learn more. 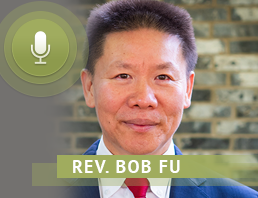 TRACI DEVETTE GRIGGS: Thanks for joining us this week for Family Policy Matters. You’ve likely heard about the persecution of the Uyghur people in China. This particular egregious human rights violation has brought worldwide condemnation, but at times in the past, both American businesses and our government act as if things in China really aren’t that bad.

Well as a Chinese citizen, freedom leader, and political prisoner, Dr. Bob Fu has firsthand experience of an increasingly dangerous and inhumane government. Dr. Fu is a Senior Fellow for International Religious Freedom at the Family Research Council and President of ChinaAid. His experiences as a Chinese citizen include serving as an underground house church pastor, being a student leader during the tragic Tiananmen Square demonstrations in 1989, and ultimately being imprisoned for leading a house church.

Bob Fu, we’re so grateful to have you joining us today on Family Policy Matters.

REV. BOB FU: Thank you, Traci, for having me.

TRACI DEVETTE GRIGGS: Start by talking about your own life in China. Was there ever a time that you remember seeing a shift toward clamping down on basic freedoms, or has it always been this way?

REV. BOB FU: A lot of things have changed. The Communist Party claimed that, of course, they have a high growth economy, sky rises, you know. But one thing has changed for way worse than we have seen in 40 years. That is the persecution against the Christians, against Muslim Uyghurs, and basically the Communist Party launched a war against all independent faith communities. We have seen for the first time, the Communist Party has launched a war against the cross. Basically, tens of thousands of crosses were forcefully torn down, burned, destroyed, demolished from the rooftops of churches, and many, many, many church buildings were also destroyed. Millions of Chinese Christian children were forced to sign a Communist Party prepared form to renounce their faith, and nobody under 18 years old is even allowed to enter a government-sanctioned church building, otherwise they will face expulsion from their school. Parents are penalized. Now, thanks to Apple’s complicity to the Communist Party’s demands, all the Bible apps were forcefully removed from all the eCommerce stores, including the Apple Store, in China. So by March 1, a new Chinese law is going to be effectively regulating the online content on religion. Basically, if you organize a prayer meeting, if you put on your social media in China, Jesus or the Gospel, then you could be criminalized and sentenced to years in prison. This is going to happen right now. And yet the international community, the International Olympics Committee awarded the Chinese Communist Party with another Olympics that’s going on right now, Traci, after in 2008, they were rewarded with the Summer Olympics in Beijing.

TRACI DEVETTE GRIGGS: So we hear a lot about the Uyghurs, but it sounds like they’re really ratcheting up persecution on Christians. Why do you suppose we’re not hearing as much about that in this country?

REV. BOB FU: Well, I think in this country, we also have a war against almost the Christian faith. Not on the same degree or scale—not like a government directly organizing the persecution—but it’s a major cultural war. So unfortunately, all the mainstream, so-called “liberal” media certainly want to—out of a political correctness—to cover more on the persecution against the Muslim minorities.

And there is a genocide. So that’s against this between 1-3 million Uyghur, Kazakh, and even including some Christians too are in the modern-day concentration camps predominantly in west China called Xinjiang Uyghur autonomous region. So, it is a very intriguing—almost unprecedented since World War II—you have another large-scale genocide, crime against humanity, and ethnic cleansing going on right now.

But Christians are also facing an uphill battle. We have a Chinese-American pastor—my good friend from North Carolina, Pastor John Cao, received a seven-year imprisonment for organizing private schools for 2,000 children in China and Burma border area. He was sentenced; he still serving in the prison. Pastor Wang Yi of Early Rain Covenant Church from Chengdu, he met with President Bush back in 2006 in the White House when I invited him to the U.S. He received nine years imprisonment for preaching a sermon based on John 3:16, calling for President Xi to repent for his repressive policy and offering him the salvation of Jesus Christ from his pulpit if he accepts. So that’s called subversion of state power. And last December, we had two Christian ladies received 12 years and 10 years respectively for setting up an offering box in their church gathering/worship service. They’re being charged as an illegal business operation, as a fraud. 12 years and 10 years for setting up the offering box. So that is going on right now.

TRACI DEVETTE GRIGGS: You know, I didn’t know that Apple had caved to the Chinese government and were removing all Bible apps. That is crazy. What can we do here in the United States about that? I mean, that’s an American owned company!

REV. BOB FU: It is. I mean, you have of course Coca-Cola, Nike, NBC—they’re sponsoring this second “genocide” Olympics, after the 1936 Berlin Olympics hosted by Hitler’s Germany. I think it’s really time for us to take some action. Certainly we need to pray for those persecuted, and pray for the persecutors too, for their repentance; for the strength for those who are in prison like Pastor John Cao, Pastor Wang Yi, and many thousands of others in prison. We also need to tell those companies, “Are you still willing to trade your conscience with just a business profit?” I mean, Apple has tens of millions of Chinese iPhone users. They are removed from access to the Bible apps; there’s nothing there in the Apple Store in China.

And of course the global supply chains make us more dependent on China. So that’s why I think an American first policy is very appropriate. We should urge the politicians to seriously, legislatively incentivize if not mandate those large corporations who received lot of tax benefits from America taxpayers to come back, and not kowtowing to the Communist Party’s ideology and even becoming enablers of those prosecutions. I mean, you have Nike setting up factories right in the middle of the genocide, the province of Xinjiang, because Xinjiang’s cotton is regarded as the best. Yet the Communist Party used those who are in the concentration camps to manufacture the products for exportation.

TRACI DEVETTE GRIGGS: Why do you think the Chinese people put up with this? I know most Americans at least think that we would not stand for this kind of intense persecution.

REV. BOB FU: From one perspective, the Chinese people are not really totally surrendering because think about this: millions of Chinese house churches, they were declared illegal; they can be smashed and get arrested anytime. Yet every week, you have close to or if not more than 100 million Chinese Christians continuing to defy that Communist Party’s declaration order by worshiping in their own homes, in the park, or in caves. So they are still worshiping the Creator and Redeemer Lord.

TRACI DEVETTE GRIGGS: Wow. I would like to repeat what you just said, because you just said that in the face of all of this persecution of Christians there, and people going to prison for up to a decade for just having a house church or making a statement, there were still 100 million Chinese Christians who continue to defy the government and worship every week. Wow.

REV. BOB FU: Every week. Yes, yes! Observers said this constitutes the largest civil disobedience moment in history. So the Communist Party only believes in force, in guns, and I think they are not able to cope with this soft civil disobedience that the hundred million Chinese Christians are essentially exercising. They basically would risk their lives in exchange for worshiping the Lord with freedom of conscience. They’re not letting up. I mean, even though on Sunday while they have their family worship together, house churches after house churches, the military police would invade them, raiding them, and beating up from the mothers to children. We have documented that at ChinaAid.org—that’s our website—and they are continuing to worship and they are continuing to sing in the middle of this.

TRACI DEVETTE GRIGGS: So we’re about out of time, but there are so many other things that we could talk about, and I’m sure this has raised a lot of questions from our listeners. You mentioned your website, ChinaAid. Tell us that website again and where else we might be able to find you and follow what you’re doing.

REV. BOB FU: Yeah. You can log onto ChinaAid.org and to get the most updated information about religious persecution, especially persecution against Christians. Follow us, ChinaAid, on social media, on Twitter, on Facebook. We are censored by even Facebook for reporting prosecution stories in China. Our Chinese version of Facebook is being censored. And of course, go to the FRC website, they also report it. Of course, Open Doors and The Voice of the Martyrs, they also have been partnering with us and make reports about the persecution.

TRACI DEVETTE GRIGGS: Thank you, Dr. Bob Fu, a Senior Fellow for International Religious Freedom at the Family Research Council and President of ChinaAid, thank you so much for being with us today on Family Policy Matters.