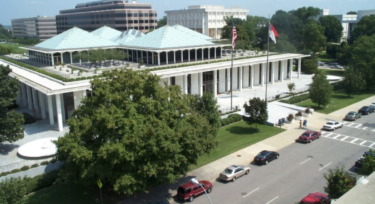 Two bills filed in the North Carolina House this week propose not only to repeal House Bill 2 but to enact “Charlotte-style” policies that would allow anyone to enter public bathrooms anywhere in the state and that would add civil-rights type legal protections to a multitude of state laws on the basis of “sexual orientation” and “gender identity.”

In a comment submitted to WRAL on Thursday, NC Family President John L. Rustin described the bills as follows:  “This proposed legislation represents the Charlotte Ordinance on steroids and in no way seeks to find common ground on critically important issues,” Rustin said. “In fact, these bills would open bathrooms, showers, locker rooms and changing facilities across North Carolina to anyone at any time and would enact into law the exact weapons used in other states to attack and punish people of faith who are seeking to peacefully live their lives and operate their businesses in accordance with their deeply held religious beliefs.”

House Bill 78, sponsored by Rep. Cecil Brockman (D-Guilford), and House Bill 82, sponsored by Reps. Pricey Harrison (D-Guilford), Susan Fisher (D-Buncombe), and Deb Butler (D-New Hanover), are almost identical and would repeal House Bill 2 in its entirety. Both bills would allow individuals to access public bathrooms, showers, changing rooms and other “places of public accommodation” based on their “gender identity.” “Place of public accommodation” is defined to include “any place, facility, store, other establishment, hotel, or motel, which supplies goods or services on the premises to the public or which solicits or accepts the patronage or trade of any person.” While the definition excludes private clubs or “other establishments not open to the public,” the definition is so broad that it likely includes churches, church schools, and other church-related ministries and services.

Both bills also would add “sexual orientation” and “gender identity,” along with several other categories, as protected classifications to state laws dealing with housing, employment, public accommodations, credit, insurance, K-12 public education, public charter schools, nonpublic schools, community colleges and universities. Although the terms “sexual orientation” and “gender identity” are not defined in the bills, both measures would give the government the authority to pursue “enforcement action,” including the potential for a civil action and monetary fines to be brought against an individual who violates these laws. These are precisely the same types of measures the government has used in other states to attack florists, bakers, photographers, videographers, and others who believe it is a violation of their deeply held religious beliefs to be forced to use their gifts, skills and talents to participate in or celebrate same-sex weddings.

Although House Bill 78 includes a section that creates an enhanced penalty if certain criminal offenses are committed in a public bathroom, shower or changing facility, these offenses are limited to the felonies of first degree rape, second degree rape, and taking indecent liberties with children, as well as misdemeanor sexual battery. The bill does not include other privacy violations, such as peeping or videotaping another individual.

As we have pointed out in related stories, a majority of states and the federal government do not recognize “sexual orientation” and “gender identity” as protected categories in nondiscrimination laws.