Bills of Interest to NC Family (So Far) 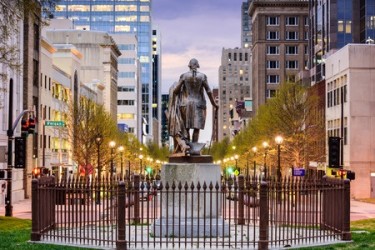 North Carolina legislators have returned to Raleigh and are in their second week of the 2016 “Short Session.” Several bills of interest to NC families have already been filed and assigned to committee. The following is a list of select bills NC Family is following so far this session.

SB 728—Lottery-JLOC Recommendations (Referred to Senate Finance) The primary change proposed by this bill is a doubling of the authorized advertising budget for the state lottery from one percent of total annual lottery revenues to two percent. This would increase lottery advertising by an estimated $18 million. The bill also clarifies that “video lottery terminals” may not be used in conjunction with the state lottery in North Carolina.

SB 784/HB 946—Repeal HB2/Fund Human Relations Commission (Referred to Senate Appropriations/Base Budget and House Judiciary IV) These bills would repeal House Bill 2, which was enacted during the special session of the N.C. General Assembly on March 23. HB2 was designed to prevent a set of highly controversial ordinance changes, including the open bathroom policy, passed by the Charlotte City Council in February from going into effect. In order to make the bill eligible for consideration during the short session, the authors included a half-million dollar appropriation to the State Human Relations Commission. Visit the NC Family website for more information about how HB 2 protects families.

SB 794—Authorize Needle Exchange Programs (Referred to Rules and Operations of the Senate) Under the guise of reducing the spread of HIV, AIDS and other bloodborne diseases and reducing the incidents of needle sticks among law enforcement and emergency personnel, SB 794 would authorize the establishment of governmental and nongovernmental needle exchange programs in North Carolina. These programs would provide drug addicts with “needles, hypodermic syringes, and other injection supplies at no cost” and give program participants immunity from prosecution under the state’s drug paraphernalia laws, even if they are caught with “residual amounts of a controlled substance” contained in a used needle, syringe or other device. HB 983—Legalize & Tax Medical Marijuana (Referred to House Health) HB 983 would legalize and tax so-called “medical” marijuana, making it available for use by an individual who has been “diagnosed with a terminal or chronic illness by a licensed physician.” A similar proposal failed to pass in committee during last year’s legislative session.