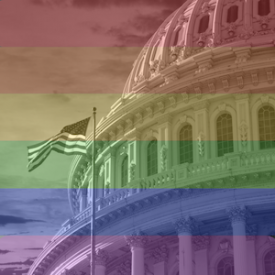 Among a myriad of Executive Orders, Proclamations, and other directives issued by President Joe Biden during his first two days in office is an order establishing civil rights-level legal protections on the basis of “sexual orientation” and “gender identity” (SOGI). The Executive Order, which was not unexpected (see NC Family’s article from last week), directs the leaders of each agency under the authority of the Biden administration to “prevent and combat discrimination on the basis of gender identity or sexual orientation.”

The first sentence of the Executive Order is statement on which we should all be able to agree, that “Every person should be treated with respect and dignity and should be able to live without fear, no matter who they are or whom they love.” But that is where consensus ends, especially for people of faith who hold to a biblical view that God created male and female as separate and distinct sexes; that God created the institution of marriage as the union between one man and one woman; and that human sexual activity is intended by God to take place only within the context of a biblical marriage relationship.

The head of each Executive Branch agency is directed to “review all existing orders, regulations, guidance documents, policies, programs, or other agency actions” and to consider “whether to revise, suspend, or rescind such agency actions, or promulgate new agency actions” to ensure compliance with the Executive Order.

This is likely to be the first of many actions from the Biden-Harris administration that seek to impose a radical sexual ethic on our nation.