Barronelle’s Battle Comes to an End 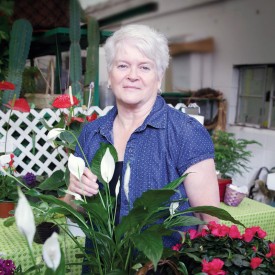 Washington State florist Barronelle Stutzman, along with our friends at Alliance Defending Freedom, have announced a settlement with the ACLU over Barronelle’s well-known religious liberty case. This ends a nearly ten year long court battle for Barronelle.

In 2014, Barronelle declined to design flowers for a friend and long-time customer’s same-sex wedding. She explained that this went against her Christian faith. She was then sued by the State of Washington for discrimination, and so began years of trials for Barronelle and her family.

(You can hear the details of Barronelle’s story in her own words in a Q&A with John Rustin at the 2019 Raleigh Dinner.)

Barronelle’s $5,000 settlement with the ACLU was announced earlier this week. Many were surprised and relieved by the meager size of the settlement given the years Barronelle has lived under the threat of losing her business, assets, and life savings due to legal fees and penalties. After the announcement, ADF shared a letter from Barronelle to all of us who have followed her story and supported her humble obedience to God. “I wish the culmination of all that I’ve been through could result in a new respect, culturally and legally, for freedom of conscience in our country,” she says. “From the beginning, I have asked no more than the freedom to act in accordance with my religious beliefs and personal convictions. I have treated those who persecuted me with respect, and with the assurance that I want for them the same freedom that I ask for myself.”

“I’m thankful that God’s love has sustained me through all of the trials and challenges of these last few years,” Barronelle continues. “There is a great deal of division at work in our country today, but God has shown me again and again that His love is stronger than the anger and the pain so many are feeling. And He’s given me countless opportunities to share His love with others along the way.”

John Stonestreet, President of the Colson Center for Christian Worldview and host of the BreakPoint podcast, praised Barronelle in today’s BreakPoint episode. “Through it all, Barronelle has lived out her faith in an honorable and kind way,” says Stonestreet. “I’m proud to call her a sister in Christ and honored to consider her a friend. Thank you, Barronnelle, for your courage and faithful obedience.”

We could not agree more. All of us at NC Family thank Barronelle for her exemplary courage and resilience, and we pray her story of faith and humility will inspire others.