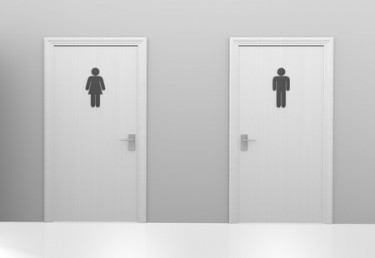 The safety and privacy of women and children are at risk once again in North Carolina, because the N.C. General Assembly is poised to return to Raleigh for a Special Session as early as tomorrow to repeal House Bill 2, North Carolina’s statewide bathroom privacy and safety law. It is imperative that you contact your state legislators TODAY to urge them to OPPOSE the repeal of House Bill 2!

In a meeting this morning, the Charlotte City Council agreed to repeal the set of radical ordinance changes it approved in February as long as the state legislature fully repeals House Bill 2 by the end of this year. These were the ordinance changes that prompted the General Assembly to call itself into Special Session in March to reverse Charlotte’s misguided and unlawful actions.

A major problem with this “repeal-for-repeal arrangement” is that there is nothing to keep another city or county—or the City of Charlotte for that matter—from enacting similar ordinances if the General Assembly repeals House Bill 2. In fact, the document Charlotte approved this morning states, “Whereas, in the event that the North Carolina General Assembly grants or restores the authority of the City to enact ordinances on the matters that were subject of the preempted and invalidated ordinances, the City Council could enact new ordinances.” They essentially admit that they plan to do just that—this is a Trojan Horse deal of the worst kind!

“The repeal of House Bill 2 would represent a significant betrayal of the citizens of North Carolina who deeply care about the privacy and safety of women and children in our state,” said NC Family President John L. Rustin. “House Bill 2 was designed to protect the safety and dignity of our state’s citizens, and it is unconscionable that Governor McCrory and our legislative leaders would push for its repeal, especially during the week of Christmas. Moreover, such a move would invite contentious battles in communities all across North Carolina, as proponents of open bathrooms and misguided political correctness seek to bully and pressure local elected officials to pass Charlotte-style social policies.”

Governor Pat McCrory issued a statement earlier today suggesting that he will call the General Assembly back for a Special Session. The Human Rights Campaign and Equality NC, the groups who were behind the effort in Charlotte, have been pushing for a Special Session to repeal House Bill 2.

WE NEED YOUR HELP!

TAKE ACTION: Go to NC Family’s Action Center NOW, and urge your state House and Senate members to STAND FIRM on House Bill 2!  The Privacy and Safety of women and children in North Carolina depend on it!