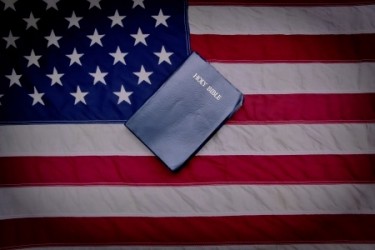 In November 2012, the small town of Marion, NC found itself in the center of a fierce controversy over religious freedom. The culprit: A six-year old first grader, who had written a poem about her grandfather as part of her school’s Veterans Day celebration. It included the lines: “He prayed to God for peace, he prayed to God for strength.” The child was asked to remove any reference to God because, according to Superintendent Gerri Martin, the school system wanted to uphold its “responsibility of separation of church and state.”

This misunderstanding of the First Amendment, along with others like it across the state and country, highlights the importance of studying and celebrating Religious Freedom in order to protect the precious rights that have come under attack in recent years. On Sunday, January 17, Americans will observe Religious Freedom Day, and all this week, schools are encouraged to celebrate, study and otherwise engage this issue in the classroom.

To help promote Religious Freedom Day, Gateways to Better Education and Alliance Defending Freedom (ADF), are offering a variety of free promotional materials for churches, parents, educators, and students, including the Free to Speak pamphlet produced by ADF that outlines the “Seven Religious Liberties” of students and teachers. In addition, a coalition of free speech and education groups have put together a variety of materials at religiousfreedomday.com, including an excellent video entitled, “The Three R’s of Religion in Schools.”

There is a “happy ending” to our first grader’s story. Concern over this and similar incidents in schools across our state inspired the North Carolina General Assembly to pass a pivotal law in 2014 that strengthened and clarified student religious liberty.

No matter how we choose to observe this year’s Religious Freedom Day, whether in our church, school, work place, or home, there has never been a more important time in our nation’s history to stand up for our ‘first freedom’ in the public square. Let’s use Religious Freedom Day as an opportunity to educate young people about their Constitutional right to express their religious beliefs at school.