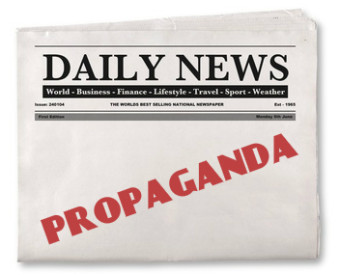 The propaganda campaign by the Left about House Bill 2 has reached a fevered pitch, and the media has been complicit (or at least unprofessional and profit-driven) in heightening the rhetoric and spreading misinformation and outright lies about the bill. The truth is that HB 2 made very few changes to North Carolina law. In fact, the policy of the state with respect to bathrooms, employment, and most other matters did not change one iota when the bill was passed. In most cases, HB 2 simply codified, or placed into state statute, existing state policy. If the Charlotte City Council had not exceeded its legal authority and passed a set of radical policy changes in February, the bill never would have been necessary.

In this article, NC Family is helping to set the record straight about this common sense legislation that seeks to protect the privacy, safety, dignity and liberty of North Carolina citizens.

In a March 23 press release about HB 2, Charlotte Mayor Jennifer Roberts stated, “This legislation is literally the most anti-LGBT legislation in the country.”

A March 29 blog post on the ACLU–North Carolina website exclaims, “In just 12 hours on March 23, North Carolina’s lawmakers passed and Governor Pat McCrory signed the most egregious, sweeping, hate-filled anti-LGBT legislation in this country’s history…. Overnight, Governor McCrory and lawmakers transformed North Carolina into one of the most hateful states in the nation for LGBT people.”

Based on these claims, you would think the N.C. General Assembly passed “first-of-its-kind” legislation to expressly discriminate against individuals who identify as LGBT (lesbian, gay, bisexual, transgender). Quite the contrary, House Bill 2 was passed in order to: (1) rein in a rogue city council in Charlotte that acted beyond its legal authority; (2) establish a statewide bathroom privacy and safety law codifying existing state policy; and (3) enumerate and clarify existing state policy as it relates to discrimination in employment and public accommodations, which mirrors the standard in federal law and a majority of states across the U.S.

AUTHORITY OF STATE VS. LOCAL GOVERNMENT

North Carolina is known as a “Dillon’s Rule” state, meaning city and county governments derive their legal authority from the North Carolina Constitution and acts passed by the State Legislature. This policy has the effect of preventing a patchwork of conflicting ordinances and making North Carolina more of a business-friendly state. On February 22, the Charlotte City Council approved a set of ordinance changes that would have expanded several sections of the Charlotte City Code to include “sexual orientation” and “gender identity” as legally protected classifications. The N.C. General Assembly has never authorized these classifications for use by the state or by local governments, and these terms do not currently exist in the State Constitution or state nondiscrimination laws. House Bill 2 reined in the Charlotte City Council for its attempted overreach, established a consistent statewide policy in several areas described below, and preempted other local governments from violating the Dillon’s rule principle as Charlotte tried to do.

House Bill 2 establishes a statewide bathroom privacy and safety standard that authorizes individuals to use multiple occupancy bathrooms and changing facilities that correspond to their biological sex as designated on their birth certificate (i.e. men use men’s bathrooms, women use women’s bathrooms).

Similar to this state policy, the City of Charlotte has had an ordinance in place for over 30 years (since 1985), which expressly directs that, “restrooms, shower rooms, bathhouses and similar facilities” are “in their nature distinctly private” and should remain separate based on the sex of the user. The Charlotte ordinance changes approved by the city council on Feb. 22 sought to repeal the city’s 30-year separate-sex bathroom policy. The practical effect of this change would have allowed men to enter women’s restrooms, shower rooms, bathhouses, and changing rooms throughout the city, placing women, children, the elderly and other citizens at great risk of personal privacy violations, unwarranted exposure to individuals of the opposite sex, and sexual assault. In response, the General Assembly passed and Gov. Pat McCrory signed HB 2 on March 23 to clarify the state’s bathroom privacy and safety policy.

House Bill 2 allows special accommodations to be made for the use of single occupancy bathrooms and changing facilities “upon a person’s request due to special circumstances,” and existing state law allows individuals who have undergone sex reassignment surgery to change the sex designation on their birth certificate.

Furthermore, the bill does not impact the ability of private businesses and nonprofit organizations to set their own bathroom and changing room policies.

House Bill 2 clarifies the state’s existing policy against discrimination in employment. The classifications recognized for these protections include: race, religion, color, national origin, age, biological sex, and handicap. These classifications are practically identical to those recognized in federal employment law (see: 42 U.S. Code §2000e), and according to a map on the ACLU website, North Carolina is one of the 28 states that do not recognize “sexual orientation” and/or “gender identity” as legally protected classifications in state employment non-discrimination laws.

As with bathroom policies, HB 2 does not impact the ability of private businesses and nonprofit organizations to set their own employment policies. 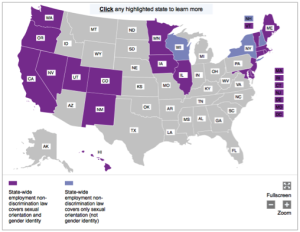 House Bill 2 also codifies the state’s existing protections against discrimination in the area of public accommodations. The classifications recognized for these protections include: race, religion, color, national origin, and biological sex. Once again, these classifications are practically identical to those recognized in federal public accommodation law (see: 42 U.S. Code §2000a), and according to a map on the website of the Human Rights Campaign, a national LGBT activist group, North Carolina is one of 29 states that does not include “sexual orientation” and/or “gender identity” in statewide public accommodation laws. 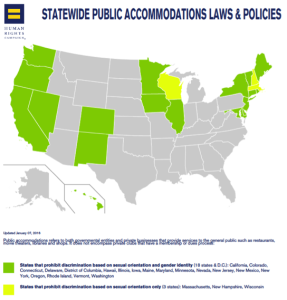 To claim that House Bill 2 is “the most egregious, sweeping, hate-filled anti-LGBT legislation in this country’s history” is just plain, old-fashioned propaganda.

Opponents of House Bill 2 are mad that the Charlotte City Council was rebuked for its overreach of legal authority. They are mad that HB 2 preempts their efforts to open public bathrooms and showers to individuals of either sex. And they are mad that House Bill 2 curtailed their efforts to impose a radical social policy of unbridled sexual license on our state. The hateful rhetoric is simply a temper tantrum gone mad. Unfortunately, the media is propagating the smear campaign, and many levelheaded citizens have been confused and misled by it.

These are the facts about HB 2. Read the bill for yourself, because the truth is the best defense against propaganda.