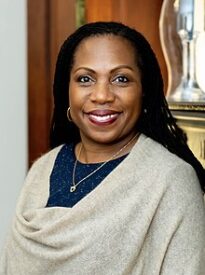 President Barack Obama nominated Judge Jackson as vice chair of the U.S. Sentencing Commission in 2009. She was confirmed unanimously for that position by the U.S. Senate in 2010, and served there until she was nominated by President Obama for a position on the U.S. District Court for the District of Columbia. She was again confirmed by the U.S. Senate in 2013. Judge Jackson served on the District Court until 2021, when President Joe Biden nominated her for the U.S. Court of Appeals for the D.C. Circuit. The Senate again confirmed her appointment in 2021, by a 53-44 vote, with three Republican senators (Lindsey Graham of South Carolina, Susan Collins of Maine, and Lisa Murkowski of Alaska) joining all 50 Democrats voting in favor.

Serious concerns about Judge Jackson’s positions on issues like the sanctity of human life and religious liberty have been raised by our friends at Family Research Council and Family Policy Alliance.

NC Family will closely monitor the confirmation process and provide updates as they become available.