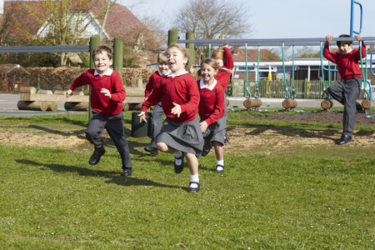 The United States Supreme Court heard oral arguments today in its first religious liberty case since Judge Neil Gorsuch was sworn in as a justice on the high court. The case involves Trinity Lutheran Church’s highly rated daycare and preschool program, which applied for a state grant to resurface playgrounds with safer recycled rubber material. The State of Missouri said Trinity was not eligible to receive the grant because they are religiously affiliated.

The case, Trinity Lutheran Church of Columbia, Inc. v Comer, has been awaiting a hearing at the Supreme Court for over a year. Many experts speculate the delay was partially driven by a concern of the justices that the vacancy left by the death of Justice Antonin Scalia would result in a 4-4 split decision. The Court will consider the question of “whether the exclusion of churches from an otherwise neutral and secular aid program violates the Free Exercise and Equal Protection Clauses when the state has no valid Establishment Clause concern.”

Alliance Defending Freedom’s David Cortman, lead counsel on the case, discussed the implications for religious freedom on NC Family’s Family Policy Matters radio program. According to Cortman, Missouri officials ultimately decided that even though the church had “complied with all of the criteria, all the application process, everything that the state required, once they realized that this pre-school was operated by a religious organization, they said because of their state constitution, the state ‘separation of church and state,’ they could not receive this grant even though every other similar organization could. And even though they ranked better than all but four of the different organizations that applied for it.”

Attorneys for Trinity Lutheran Church argue the State’s decision violated the Free Exercise and Equal Protection rights of the church, and that “someone should not be punished or excluded from a general government benefit program—especially when it relates to safety—merely because of their religious faith.” Lower courts have ruled in favor of the State and against the church.

In a late-breaking twist last week, Missouri’s newly-elected Governor Eric Greitens announced “his administration is reversing policies that previously discriminated against religious organizations,” and instructed the state’s “Department of Natural Resources to allow religious organizations to apply for and be eligible to receive DNR grants,” and to judge those applications “on the merits like any other applicants.”