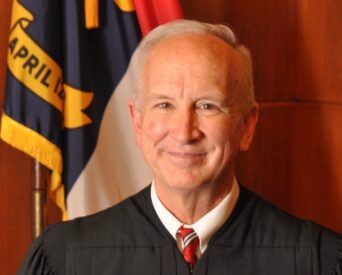 As NC Family shared earlier this month, Newby was leading current Chief Justice Cheri Beasley by roughly 400 votes after a machine recount, but Beasley called for a hand-to-eye recount of the votes on Wednesday, December 2. This “hand-to-eye” recount is a “second recount on a hand-to-eye basis in a sample of precincts” according to state law. This random sample of three percent of precincts in each of the state’s 100 counties did not yield a significant enough change in the vote totals to warrant a full hand-to-eye recount.

Chief Justice-Elect Newby, who has served on the Court since 2004, released a statement on Saturday morning after Beasley conceded, saying “I am truly humbled that the people of North Carolina have elected me to serve as their next Chief Justice of the Supreme Court. As a lifelong North Carolinian and the son of a public-school teacher and a printer, I had no idea I would ever have the privilege of serving in this role. I am truly grateful to the people for entrusting me with this responsibility.”