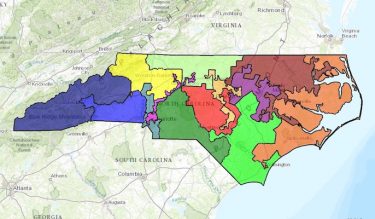 In a stinging defeat for NC Democrats, the U.S. Supreme Court vacated a decision by a federal District Court in North Carolina that would have forced the North Carolina General Assembly to once again redraw congressional district lines before the 2020 elections. The majority 5-4 opinion in Rucho vs. Common Cause was written by Chief Justice John Roberts and joined by Justices Thomas, Alito, Gorsuch and Kavanaugh. A dissenting opinion was filed by Justice Kagan and joined by Justices Ginsburg, Breyer and Sotomayor. The decision affects gerrymandering cases in all states in our nation. However, the ruling will likely have the overall effect of favoring Republicans at this time, because a majority of states in the U.S. have legislatures with Republican majorities.

In writing for the majority, Chief Justice Roberts said: “The districting plans at issue here are highly partisan, by any measure. The question is whether the courts below appropriately exercised judicial power when they found them unconstitutional as well.”

Regarding the constitutionality of gerrymandering, Roberts wrote: “To hold that legislators cannot take their partisan interests into account when drawing district lines would essentially countermand the [U.S. Constitution] Framers’ decision to entrust districting to political entities. The ‘central problem’ is ‘determining when political gerrymandering has gone too far.’” (Vieth v. Jubelirer)

Roberts continued by saying that while “Our conclusion does not condone excessive partisan gerrymandering,” a ruling on this issue from the U.S. Supreme Court in the absence of clear laws or constitutional mandates, would be an overreach and would greatly expand the power granted to the High Court under the U.S. Constitution.

Justice Elena Kagan, wrote for the dissenting Justices: “The practices challenged in these cases imperil our system of government. Part of the Court’s role in that system is to defend its foundations. None is more important than free and fair elections. With respect but deep sadness, I dissent.”