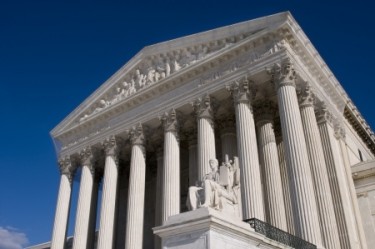 The U.S. Supreme Court has weighed in on the growing “bathroom debates” by temporarily blocking implementation of a lower court ruling that would have opened Virginia public school bathroom facilities to use according to gender identity, rather than biological sex. On Wednesday, SCOTUS put on hold the ruling in Gloucester County School Board v. G.G. that would have forced the Gloucester County School System in Virginia to let students use bathrooms, locker rooms, and showers matching their gender identity as opposed to their biological sex. This is the first time the high court has dealt with the issue of transgender bathroom access.

“Schools have a duty to protect the privacy and safety of all students. That’s a principle that numerous other courts—including the 4th Circuit itself—have upheld. Federal law specifically authorizes schools to have single-sex restrooms and locker rooms, as the judge who dissented from the 4th Circuit’s decision rightly noted. The Supreme Court did the right thing in placing the 4th Circuit panel’s mandate and the preliminary injunction entered by the district court on hold until the high court itself has a chance to decide if it will take up this case.”

Many legal experts believe this decision is an indication that the U.S. Supreme Court will consider the case, which could have a direct effect on the lawsuits related to House Bill 2.