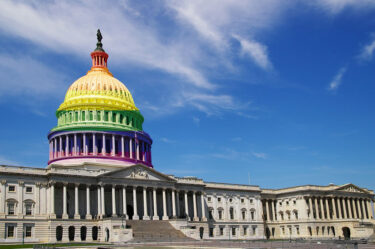 (UPDATE: As of Thursday, September 15th, 2022, Senator Tammy Baldwin (D-Wis.) reportedly announced that H.R. 8404 would not come to the floor until after the November General Election.)

The United States Senate is poised to vote on an incredibly harmful and misleading “marriage” bill, and we need you to contact North Carolina’s two U.S. Senators, Richard Burr and Thom Tillis, to urge them to stand against it.

When this measure passed the House earlier this year, it had bipartisan support, with 47 Republicans joining their Democrat colleagues in voting yes.