What Does Title IX Really Say? 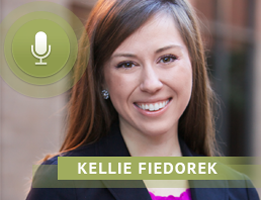 INTRODUCTION: Kellie Fiedorek is legal counsel with Alliance Defending Freedom, where she serves on the ADF Marriage and Family Team. ADF is an alliance-building, non-profit legal organization that advocates for the right of people to freely live out their faith.

Kellie, who is a great friend of the North Carolina Family Policy Council, is going to be talking with us today about the escalating national battle over the Obama Administration’s effort to redefine the meaning of sex, and also to force gender-neutral bathrooms, showers, and changing facilities on public school, college and university campuses nationwide. The battle in many ways started here in North Carolina with the passage of House Bill 2, but it has expanded into a national issue of significant importance. Because of the Obama Administration’s incredible overreach, this has now become a national legal battle pitting parents, many of our schools, and numerous states against the federal government. So, we’ll be talking with Kellie about this battle today.

JOHN RUSTIN: It really is an understatement to say that a lot has happened since the last time we had you on the program when we discussed House Bill 2. Since that time, the Obama Administration has attempted to use the weight of the federal government and the federal purse strings to pressure North Carolina into overturning HB2. It has also issued a directive to public schools, colleges and universities across the nation, that they must adopt the Administration’s radical transgender bathroom policy or risk losing federal education tax dollars. Tell us more about the Obama Administration’s directive and what it does Kellie.

KELLIE FIEDOREK: Actually, I guess it was four weeks ago today that the directive came down. As you say, a lot can happen in that amount of time. But, essentially what the Obama Administration attempted to do in, one thing to clarify, some people think this was some sort of a regulation, but it wasn’t. It was simply a guidance letter with the Obama Administration stating its opinion. What the guideline does is really simply reinforce what they’ve already made clear, and that is they have a political goal of forcing women and men to share locker rooms, to share restrooms, to sleep together on overnight trips if you’re in school, and essentially what they’re doing is they’re basing this guidance on an inaccurate interpretation of Title IX. Title IX is a federal law that prohibits schools from discriminating on the basis of sex, and also Title IX specifically allows schools to maintain separate restrooms and locker rooms on that basis. But the Obama Administration is trying to ignore solutions that exist to accommodate everyone’s privacy and force this new understanding that sex somehow includes gender identity, which then leads to men and women having to share very intimate private facilities together.

JOHN RUSTIN: Kellie, I know that this has really been building over time, we’ve seen over the past several years efforts within the Department of Education, the Department of Justice, the EEOC, to expand and really re-define what we’ve always understood sex to mean, which is either being male or female, so it is an incredible overreach by the Obama Administration. And I think it’s really important for our listeners to understand the full impact of what we’re talking about here. One of the questions I have about this is, although this deals with Title IX as you’ve said, and the federal government is attempting to use the purse strings to force this new definition of sex on the country, does this directive only impact public schools or do you believe it could potentially impact private schools and other institutions that accept federal dollars, even if they do so in very limited circumstances?

KELLIE FIEDOREK: I think it’s definitely a possibility. We’re seeing the impact on all public schools and public universities where the Administration’s threatening their federal dollars. I know that is a question that is a great concern to many private schools who accept money for lunches for example, there’s a “Lunch Money Fund” that comes that many schools rely on, especially for very underprivileged children, and so that is a concern that with the overreach and unlawful actions that Obama has taken so far in his Administration, where else could that lead? Will they soon interpret what has historically not been an issue if you’re receiving federal programs or participating in benefits, but will that somehow switch as this agenda moves forward?

JOHN RUSTIN: We’ve clearly seen the Administration threatening to use the federal purse strings, our tax dollars that we as tax-paying citizens of the state and of the nation pay and hand over to the government for supposedly public purposes, not to push a radical social agenda, but that’s exactly what the president and his Administration is attempting to do in the closing months of this Administration.

In response to that, a number of lawsuits have been filed against the Obama Administration’s bullying tactics, including a couple at least by Alliance Defending Freedom on behalf of North Carolina students and parents. And I know there have groups in some other states that have been represented as well. Tell us about that lawsuit in North Carolina, North Carolinians for Privacy vs. United States Department of Justice. How many families are involved in this case, and what is it all about?

KELLIE FIEDOREK: We filed this lawsuit a couple of weeks ago now on behalf of parents and students in North Carolina in public school, as well as UNC students. And it was in response to the Department of Justice’s letter and threat to revoke federal funding from North Carolina’s public education system. Their threat would have applied, or could apply, from elementary schools all the way up to the state’s university system. And the DOJ escalated that threat when they filed a lawsuit the day before on May 9th. So, what’s at stake is essentially privacy and federal funding. Students shouldn’t have to pick between knowing that they’re going to feel safe and secure when they’re changing clothes after swim practice, and knowing they’re still going to receive important federal money in the form of grants and scholarships. So that’s what we’re asking the courts to do is to declare that Title IX does not require this new interpretation. It certainly doesn’t give a member of the opposite sex the right to enter into the women’s locker room.

JOHN RUSTIN: Kellie, I know that ADF is also involved in another lawsuit challenging the Obama Administration’s bathroom directive, and that is entitled Students and Parents for Privacy v. U.S. Department of Education. Where did this case originate, and how similar is it to the North Carolina lawsuit?

KELLIE FIEDOREK: Very similar issues are at play. This was a case that we filed in Illinois on behalf of 63 students and 73 parents. So a lot of interests represented here, and we sued the Department of Justice, the Department of Education, and also Township High school, because the school district had disregarded student privacy when it secretly opened school restrooms to the opposite sex, and then opened the girls’ locker rooms to a boy after the Department of Education threatened the district’s federal funding. So again here we’re making a similar arguments that you cannot force students to undress in the in front of members of the opposite sex. This violates their right to privacy, and that Title IX does not require this. There’s a lot of very sad stories that are coming out as part of this and motivating the parents to take action because here at this school many of the female students feel embarrassed. They’ve expressed that they feel humiliated or anxious because they have to use the locker room with one of their biological male classmates. So, this again is a very similar lawsuit that is asking the court to tell the Department of Justice that they cannot force this interpretation and then compromise the privacy and safety of these school students.

JOHN RUSTIN: Thank you for doing that, and I know that on June 10th, ADF is involved in yet another suit in the state of Ohio, talk about that a minute if you would.

JOHN RUSTIN: Kellie I also know that on May 25th, in addition to the lawsuits that you’ve already discussed, a number of states joined together to sue the federal government challenging the Obama Administration’s bathroom directive. This was filed in the state of Texas, and again 10 other states joined the state of Texas in this, and I think there have been some additional states that have at least expressed an interest in joining that lawsuit as well. Talk a little bit about that Texas case if you would.

KELLIE FIEDOREK: One of the clients of the Texas Attorney General is a Superintendent I think said it best, he was telling the media that, “We’re boots on the ground, we as Superintendents and as the school boards and school teachers, we know our students, we know their needs, we know what they’re struggling with, and how to serve them and how to help them navigate what is elementary and high school education. That is not the role of the Obama Administration and it is not the role of the federal government.” And so I think that they’ve overstepped their ground in trying to dictate how states and local schools will set their policies, and how they should or should not protect their student’s privacy. So it was very exciting to see the Texas Attorney General and the growing number of states, I think we’re going to see more joining this lawsuit or filing their own across the country, for simply exercising common sense, and saying you know what, we are not going to put a price tag on the privacy and safety of our children. We should be the ones that determine what that policy is; we know best how to protect every child’s privacy and we should not be forced to comply with this new interpretation that’s not based on any kind of law that will harm students.

JOHN RUSTIN: I think that the leaders in North Carolina, Governor Pat McCrory, Lieutenant Governor Dan Forest, the Senate Leader Phil Burger, the Speaker of our House Tim Moore, were very encouraged and bolstered by the actions of all these states coming together in this lawsuit that was very consistent with the lawsuits that the Governor and our Legislative leaders filed against Obama Administration and Department of Justice, and the Department of Education in all of these cases. I think it has shown just an incredible groundswell across the nation, not only for the passage of House Bill 2, which establishes again a common sense statewide policy relating to privacy and safety and dignity in bathrooms across North Carolina, but in responding and pushing back against this incredible overreach by the Obama Administration. It has really rallied support across the country to stand firm and to stand against this really radical policy… Where can our listeners go to learn more about Alliance Defending Freedom and your great work?

KELLIE FIEDOREK: You can go to www.adflegal.org. And also if you go to www.safebathrooms.org this is a great place for resources on information on what’s happening, what exactly did the Obama Administration do or say, what does Title IX say, what does that mean, and also it includes all the various lawsuits that we’ve filed and resources about those. It’s a great place to get information and be able to stay informed and stay engaged.