The Woman Who Inspired “Unplanned”

Abby Johnson, the former Planned Parenthood Clinic Director whose story of transformation and redemption is featured on screen in the film Unplanned, now in theaters. Johnson discusses her inspiring story, her ministry And Then There Were None for abortion clinic employees seeking a way out, and how Unplanned came to be. 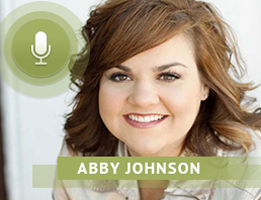 JOHN RUSTIN: Thank you for joining us today for Family Policy Matters. I can’t tell you how excited I am to introduce our next guest to you. In fact, she is the subject of an incredibly powerful and life-changing new movie that’s out in theaters across our nation right now.

“Unplanned” is the inspiring true story of one woman’s journey of transformation, from directing one of the nation’s largest abortion clinics to becoming one of the most powerful voices in the pro-life movement in our country. That remarkable woman, Abby Johnson, joins us today to discuss her personal journey, and this incredible film that is exposing the truth about abortion and the abortion industry like we’ve never seen it before.

The film doesn’t stop there though, because it offers a heartfelt message of redemption, love, forgiveness, and healing for anyone and everyone who has been impacted by abortion in one way or another. If there ever has been a “must see” film, this is it. Because it literally has the potential to change our nation’s perspective and heart about abortion and the callous destruction of innocent human lives that’s taking place every day across our nation and in our own communities. Abby Johnson, welcome to Family Policy Matters, it’s a real honor to have you on the show.

ABBY JOHNSON: Oh, thank you so much for having me.

JOHN RUSTIN: Abby, your personal story is no secret. It’s actually up on the big screen now, so it’s anything but that. But for those who have not read your book or seen the movie “Unplanned,” give us a quick playback of your life’s journey to this point, if you will.

ABBY JOHNSON: Sure. I worked at Planned Parenthood for eight years. I was a Clinic Director at a Planned Parenthood facility here in Texas. And October 2009, after witnessing a live abortion via an ultrasound—and I saw a 13-week-old unborn child fight and struggle for his life against the abortion instruments—I knew then that I could no longer participate in abortion in any way. I ended up leaving my job at the clinic and have been speaking out and trying to expose abortion and what’s happening inside of these clinics ever since then. But also really trying to bring healing to those who have been affected by abortion in some way.

JOHN RUSTIN: That is so important. So Abby, I know you’ve done a lot of public speaking and you’ve written a book, but what led to turn your story into a movie like “Unplanned”?

ABBY JOHNSON: I was just approached by two filmmakers, the men that wrote and directed “God’s Not Dead” And I never ever considered turning my book into a film, but we really prayed about it and talk with them about it and felt like this was something that we needed to do. So we moved forward and we’ve been working on it now for the past few years.

JOHN RUSTIN: Thanks so much for doing that. The movie ultimately received an R-rating from the Motion Picture Association of America for, of all things, “violence.” After all, it is a movie about abortion. It seems like this was a surprise to some. Was this a surprise to you and did it concern you at all?

ABBY JOHNSON: I have to say it was. It was a little surprising. I watch what’s on TV and I see what’s in PG-13 films and I thought, “Oh, there’s no way that this film will get anything over a PG-13 rating, because I see what’s out there. I see the violence, the death, the gore, the profanity, the nudity. I see what’s out there.” And I thought, “No, we don’t have any of that in our film except for an abortion,” which of course is an act of violence. But yeah, when it came back, we were surprised. But I have to say, I mean it’s almost like the MPAA, the Motion Picture Association of America, it’s almost like they stumbled backwards into the truth by admitting that abortion is violence and that it is disturbing.

JOHN RUSTIN: I know that was the impression I came to after I heard that, and it absolutely should be. So, what you said is just right on. Abortion is absolutely an act of violence and it’s appropriate that it be labeled as such. Abby, I know a lot of people who have already seen “Unplanned” have commented on the way that different groups and perspectives of the abortion issue are portrayed in the film. From your perspective, why was it important to present a comprehensive, and also an honest portrayal of the different kinds of individuals, interests, and mindsets that are involved on all sides of the abortion debate?

ABBY JOHNSON: Like I said in my book, I think there’s good and bad on both sides of this issue. And I think it’s important if we’re going to actually be honest about our own movement and about the pro-choice movement, that we do talk about where we get it right and where we get it wrong. I think that’s really important. And I wanted to show, from my perspective as a clinic director, what was most effective, what actually did work in front of our clinic on the clinic sidewalk. It’s not that people who do things a different way are doing so with that intention, but when we’re talking about lives on the line, I think it’s very important for us to do what has proven to be most effective, and what is in line with God’s teaching. And so it was very important for me that I was honest about my experiences with both sides. It was important to me that I showed the humanity of those who worked inside the abortion clinic with me. And it was important to show the best practices on the sidewalk.

JOHN RUSTIN: The film does cover all of those matters, and many more. I think it’s quite a feat that the film “Unplanned” covers as much ground and as many issues related to abortion and the abortion industry as it does. Abby, in a big-picture perspective, what do you hope, what is your desire, what is your prayer about what this movie will accomplish?

ABBY JOHNSON: We’re already seeing it happen. I wake up every day with dozens of messages from people who went to see the film, were pro-choice when they walked in, and were pro-life when they walked out. I mean that’s a huge victory for the Lord. But then also, where we are already just over this weekend, hearing of lives saved because of this film, and the lives of these innocent children. And so we are seeing so much fruit and we’re only a few days in. We’re just praying—we have confidence that will continue throughout the next few weeks. We feel like this film is a very powerful tool in our arsenal and the pro-life movement that can be used. And we hope that many different organizations will use it as that.

JOHN RUSTIN: The film clearly tears back or removes the curtain on abortion and the abortion industry, kind of paralleling the experience of your life and the transformation that you had throughout the film. Our culture is very much living with blinders on when it comes to this issue. I know, even for myself, when I saw the movie, I was astounded at the truth that it brings forward, the way that it just completely removes the curtain and shows abortion and the abortion industry for what it is. And Abby, I know you started a ministry […] that offers support to abortion workers who want to leave the industry, and others who are affected by it. Tell us a little bit about your work in that arena of really seeking to offer the healing that you talked about.

ABBY JOHNSON: Sure. So I started an organization in mid-2012 and our goal is simple: […] into abortion clinics, we get their workers out, we get them on a path of healing, into a new line of employment, into a relationship with Christ. And then, when possible, we are able to shut down these places where they once worked because of the information that they have and know about their former employer. We have helped right at 500 abortion workers leave their jobs, seven full-time abortion doctors put down their instruments. And so it has been really just an amazing blessing to be part of that transformative process that’s happening in the lives of these individuals.

JOHN RUSTIN: That’s incredible! Praise the Lord! Abby, one overwhelming thought that I had after seeing “Unplanned” is that everyone—and I mean everyone—needs to see this film. And they need to watch it from beginning to end. Because the message of forgiveness, of redemption and healing is as important as the truth we see about the horrors of abortion and the abortion industry throughout the movie. So what would you say is a word of encouragement to those who consider themselves to be both pro-life and pro-choice, who may still be on the fence about going to see “Unplanned”?

ABBY JOHNSON: I think it’s important that we, if we are pro-life, I think it’s important that we are the best apologists for our faith and our causes as we can be. This film really exposes the abortion industry for what it is: that it’s manipulative; that it’s exploitive; that it’s taking advantage of women. And we need to be equipped with that information if we’re going to effectively fight for the unborn and their mothers. I would say, for people who are pro-choice, it’s important for them to go watch this film because you need to know what you support. Don’t be a cheerleader for something that you have never seen before. You know, you can walk into this movie and walk out still pro-choice, but at least know what you’re actually supporting, what you’re cheering for. And I’ve told people: You will not be able to walk out of this film saying, “Well, I just didn’t know what happened. I didn’t know what abortion was.” You will know! And then you, in turn, are culpable for that information and what you do with it. And so we’re just praying that many, many seeds are planted during this time and that many lives are changed.

JOHN RUSTIN: Abby, we’re just about out of time for this week. But before we go I want to give you an opportunity to let our listeners know where they can go to learn more about your journey, about your ministry, and also to find out more about the movie, “Unplanned.”

JOHN RUSTIN: So listeners, please avail yourselves of these opportunities to learn more about Abby’s life, her journey, her story, her work, and go see the movie, “Unplanned.” It will absolutely change your life. it’ll change your perspective about abortion, and it will arm you with the truth about what abortion is really about and the abortion industry, as well. But also, it includes an incredibly strong message of healing and redemption and love and mercy that we all need to hear.

So with that, Abby Johnson, I want to thank you so much for being with us on Family Policy Matters, and for your incredible work and brave dedication to the cause of life.

ABBY JOHNSON: Well, thank you so much for having me on.