POV: The Transitioning of “American Girl” 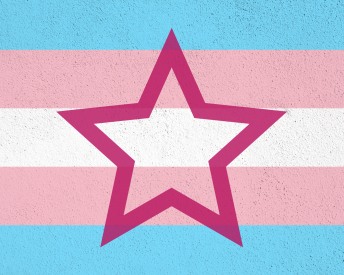 When I was around seven years old, I would run out to our mailbox every day to see what the mailman brought. My daily hope was that it would contain the newest American Girl catalog. I would spend hours reading all about their newest dolls and accessories, letting my imagination run wild with all of the ways I could play with each piece.

American Girl was a highlight of my childhood. I read all of the books, watched the movies countless times, and owned several of the dolls. What I loved about their products is how they represented girls. Their characters and stories told us that girls could dress up and have a tea party one minute, and throw on a pair of shorts and go adventuring the next. Being a girl was something that was celebrated and embraced.

Now, however, American Girl has jumped full force into the inclusivity trend. They recently published a book entitled A Smart Girl’s Guide: Body Image. Their stated goal for the book was to help girls aged ten and older feel comfortable in their own skin. They start off celebrating girls with all kinds of abilities, encouraging girls to live healthy lifestyles, and exposing how unrealistic our society’s standard of beauty is. Even in these ‘good’ messages, though, they subtly introduce a socially driven agenda about the lack of representation in our culture by people of color and those whose gender identity does not correspond with their biological sex.

The Problem With This American Girl Book

The real concern comes as the book encourages girls to embrace who they think they are, even if that means no longer identifying as a girl. They state, “being transgender is not an illness or something to be ashamed of.” They even go so far as to encourage girls to pursue puberty blockers if they are questioning their gender identity, completely ignoring the health complications that come along with hormone therapies.

The book does encourage girls to have conversations with their parents if they are questioning their gender, but it also provides readers with a list of organizations they can reach out to if they don’t have an affirming adult around. On this list is a LGBTQ mental health resource known as the The Trevor Project, along with the advocacy groups the Human Rights Campaign and the Gay, Lesbian & Straight Education Network (GLSEN). In addition, they explain that it’s okay if children don’t feel like a boy or a girl, they can be “nonbinary” and use ambiguous pronouns like they/them. Finally, they equate the need for “all-gender” bathrooms with issues like a woman’s right to vote, ADA compliant bathrooms, and eliminating bathroom segregation based on race.

Here’s the critical problem: regardless of the company’s opinions about LGBTQ+ lifestyles, they are not protecting girls with this message. To talk about transitioning genders simply as a feasible solution to “feel more comfortable” in your body is doing a dangerous disservice to every child who reads this book.

Puberty Blockers Should Not Be Taken Lightly

It is well established that puberty blockers can cause a variety of significant health issues. For example, these drugs and chemicals can affect bone growth and density, increasing the risk of fractures. They can also cause a delay in growth plate closure, which can result in abnormal adult height. The most serious of these concerns, though, is that if the child decides at any time not to continue or move forward with their transition, the puberty blockers can affect their fertility and ability to have children in the future. In addition to these long-term effects, there are a host of short-term side effects that puberty blockers can cause, including: weight gain, crying and crankiness, headaches, acne, insomnia, and muscle aches.

In fact, the effects of puberty blockers are so severe and the benefits so minor that the American College of Pediatricians states, “There is not a single long-term study to demonstrate the safety or efficacy of puberty blockers, cross-sex hormones and surgeries for transgender-believing youth. This means that youth transition is experimental, and therefore, parents cannot provide informed consent, nor can minors provide assent for these interventions. Moreover, the best long-term evidence we have among adults shows that medical intervention fails to reduce suicide.”

Advocating for Putting Every Girl at Risk

Not only is American Girl casually recommending decisions that could cause medical harm to children, they are also advocating an “all-gender” bathroom policy that could put all girls at risk any time they use a public, multi-stall bathroom. By their very nature, bathrooms are a place that people expect to find privacy. Basing bathroom policies on how people subjectively identify puts that privacy at risk, because who’s to argue that someone does or does not identify as a woman? As many have stated, including Harvard University, one’s gender identity can apparently change daily. This opens the doors for men to enter women’s restrooms regardless of how they truly identify.

There have already been a number of cases where males have exploited the “all gender” policy regarding bathrooms and dressing rooms, and the only reason they can be held fully accountable is because of the clear sex division between bathrooms for men and bathrooms for women. Recently the Loudoun Public School District in Virginia made national headlines for mishandling a bathroom assault situation. The “gender-fluid” male student perpetrator was wearing a skirt when he allegedly raped a ninth-grade girl. He was eventually transferred to another school, where he sexually assaulted another girl.

This well-established risk increases by opening up bathrooms to “all genders.” At that point, biological males wouldn’t even have to “identify” as female to gain access.

Is This “Education” Really Helping?

There has recently been a move towards educating children about gender identity, with many groups saying they want to help children experiencing gender dysphoria in an effort to reduce the mental health concerns and suicide rates associated with this population. However, this reason lacks scientific justification, and many are starting to recognize this reality.

There was a study done in 2019 looking at the effects of gender-transitioning surgery on the mental health of those experiencing gender dysphoria. It included the largest dataset of any comparative study, and while the initial results indicated that transitioning improved mental health, they issued a correction in 2020, stating, “the results demonstrated no advantage of surgery in relation to subsequent mood or anxiety disorder-related health care visits or prescriptions or hospitalizations following suicide attempts in that comparison.”

It is disheartening to see this company that used to stand up for girls now casually make statements about gender that – if followed through – would place girls at risk for life-changing harm. In addition to this, can we just appreciate the irony of a company who has literally built their identity on this concept of a clearly-defined gender now advocating for gender fluidity? Either American Girl has joined the ranks of “woke” corporate America, or the company is seeking to make a profit by marketing their goods without a proper understanding of the harms it can cause.