Signs of Hope and Truth for Trans-identifying Youth 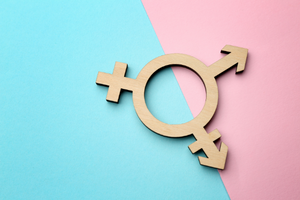 If you follow news stories about transgender issues among US children, you are likely concerned by the exponential increase in trans-identifying youth and the dramatic institutional shifts towards “gender affirming care” being offered and available to adolescents—both with or without parental consent. Perhaps you’re familiar with Abigal Shrier’s well-researched yet controversial book, Irreversible Damage: The Transgender Craze Seducing Our Daughters, or Ryan Anderson’s book, When Harry Became Sally: Responding to the Transgender Movement. You may even have read about the increasing numbers of trans-identifying adults who now regret the medical transitions they underwent as youth, including as many as 1,000 families suing England’s Tavistock clinic. There is even some statistical evidence that hormonal treatment of gender dysphoria can increase suicidality in youth. All of this offers cause for concern. However, there is some cause for hope moving forward.

Many European countries have been ahead of the US on transgender issues for years, and a sign of hope is emerging from across the sea: at least four countries—Finland, France, Sweden, and the United Kingdom—are taking steps to reduce adolescent transgender medical transitions. This move is not coming from a renewed conservatism, but from countries that are further on the transgender journey and are recognizing the dangerous path they have been pursuing.

Sweden was the first country to allow people to change their “legal gender” a full 50 years ago. Yet, five of the six clinics there that treat minors with gender dysphoria paused the initiation of “pediatric gender transitions.” Just last year, Astrid Lindgren Children’s Hospital, part of the Karolinska University Hospital—Sweden’s second largest hospital network—announced a policy change regarding treating minors with gender dysphoria in which they acknowledged both the scientific and legal concerns with hormonal treatment of children and adolescents. 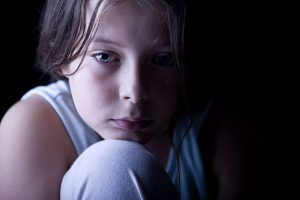 Two years ago, Finland’s Council for Choices in Health Care (COHERE) promoted a much more considered approach than what we hear about in the US right now. They stated, “Based on thorough, case-by-case consideration, the initiation of hormonal interventions that alter sex characteristics may be considered before the person is 18 years of age only if it can be ascertained that their identity as the other sex is of a permanent nature and causes severe dysphoria. In addition, it must be confirmed that the young person is able to understand the significance of irreversible treatments and the benefits and disadvantages associated with lifelong hormone therapy, and that no contraindications are present.” Another highlight in their decision is the requirement to treat gender identity concerns only after other psychiatric symptoms have ceased. Furthermore, “Surgical treatments are not part of the treatment methods for dysphoria caused by gender-related conflicts in minors.”

Perhaps the most dramatic example is what is happening this year in the United Kingdom.  They also are addressing their treatment of gender dysphoric youth. The Travistock Centre, which has been the only clinic for gender transitions in the UK, has seen a 1900% increase (yes, 1900%, not 190%) in transgender youth from 2011 to 2021. The National Health Service commissioned an independent review of their gender identity services, headed by Dr. Hilary Cass. The Cass Review produced an interim report this year which draws attention to the fact that there are “significant gaps in the research and evidence base,” and further argues, “It has become increasingly clear that a single specialist provider model is not a safe or viable long-term option.” The National Institute of Health and Care Excellence (NICE) also found insufficient scientific evidence for the use of puberty blocking drugs to treat young people. 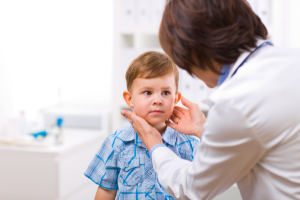 Even in France, which is anything but a neo-conservative country, the National Academy of Medicine issued a statement acknowledging that “a great medical caution must be taken in children and adolescents” when it comes to care related to “gender transidentity.” They note “the vulnerability, particularly psychological, of this population and the many undesirable effects, and even serious complications, that some of the available therapies can cause.” Even with parental authorization, they say, the “greatest reserve is required” in the use of hormone treatment for children.

Here in the US, there are also some glimmers of hope. Pediatricians are finally speaking up about the harmful effects of a drugs-first approach to adolescent transgender care. Unfortunately, for now, the American Academy of Pediatrics seems to be working to silence such criticism, but the fact that these pediatricians are voicing concerns, belies the claims from HHS that “there is no argument among medical professionals” against such care.

Additionally, the FDA recently added warning labels to puberty blockers after six pre-teen patients developed symptoms including tumor-like masses in the brain. While the fact that this occurred is heartbreaking, the fact that the FDA is responding offers hope that concerns are being recognized.

When asked by his disciples why a certain man was born blind, Jesus answers, “Neither this man nor his parents sinned, but that the works of God should be revealed in him. I must work the works of Him who sent Me while it is day; the night is coming when no one can work.” (John 9:3-4)

People suffering from gender dysphoria do need care. But if that care is not rooted in love and truth, it cannot be truly for their good. As ears are beginning to open to hear the truth, let us embrace this hope-filled moment to do the work of God and let God’s grace be revealed through His ability to heal the suffering. We need to help our political and medical institutions return to seeking truth, love, and true human good. This is especially important when it comes to caring for our children.