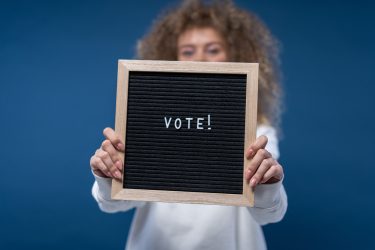 In a nation where many younger citizens are becoming increasingly hostile toward biblical truth, the ballot box remains one of the most important forms of expression for young faith-based voters. This does not mean that Christians should rely on political candidates or parties, but it does mean we should cast votes based on our convictions and biblical beliefs, while recognizing that we have an especially significant role in the political system. Indeed, many will vote for the first time in the upcoming election. At the same time, young voters are facing huge pressure from their peers to either be “woke” about certain social issues or deny the legitimacy of elections. As a person in my twenties, I can speak to the power of these influences from social media, on university and college campuses, and in workplaces. Accordingly, I want to share a couple of reasons why it is extremely important for young people of faith to vote.

Political candidates often make promises to citizens about the many ways they will improve our lives. These promises are often noble: to protect the unborn, to advocate for the sick and needy, to protect the traditional family unit, etc. The only way to ensure candidates keep these promises is to check in regularly—and most importantly during election season—on the progress they have made toward fulfilling those promises. This accountability accomplishes two key things. First, it requires candidates to fulfill their promises, or at least make their best attempt to do so. Second, it requires candidates to court voters in a proper and appropriate way. Too often, candidates pander to faith-based voters by making promises like those stated above but do not make any substantial effort to oppose abortion or care for the poor. To vote based on these issues is to pass rightful judgment on the efforts of those claiming to espouse Christian principles.

Having your voice heard

Along with holding elected officials accountable, voting allows young people to be heard in the public square. There is a certain narrative around the “young voice” that suggests that youth voters will automatically vote progressive. There’s also a false narrative that Christians will necessarily vote for conservative candidates. These narratives strip young, faith-based voters of their independent thought and stifle a diverse pool of voices. The only way to counter these narratives is to vote in a deliberative and convicted way. Don’t allow your friends to pressure you into being woke, and don’t be deceived into believing that unfettered conservatism is the answer to wokeness. Be nuanced. Speak independently, and call out hate and evil in all of its forms. Vote, and have your individual voice heard.

In conclusion, youth voters are among the most important, yet most taken for granted. As we approach an exceptionally important Election Day, I encourage all young voters to get out and vote their conscience, not their friend group or party. Doing so will hold elected officials accountable for their promises and allow the voice of young voters to be heard in this increasingly loud world.