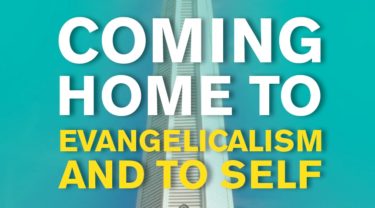 Last week, the Human Rights Campaign—arguably the nation’s most influential LGBT organization—announced a new initiative aimed at persuading evangelicals to understand that there is no conflict in being both evangelical and pro-LGBT.  Titled “Coming Home to Evangelicalism and to Self,” the resource attempts to offer evangelical Christians a path forward to endorse LGBT identities. In their own words, “The HRC Foundation’s Coming Home series is designed to help LGBTQ people live fully in their sexual orientation, gender identity and gender expression, and live fully in their religious, spiritual and cultural traditions.”

To the innocent observer, the resource looks like an evangelical-friendly resource designed to show evangelicals how they can retain their evangelical bona fides while also adopting an affirming position on LGBT identities. Statistics are marshaled showing how an inevitable shift toward LGBT inclusion is supposedly underway among younger evangelicals. The pamphlet accuses evangelicals who retain a biblical view of sex and gender of hewing to a “power dynamic” and exuding “privilege” aimed at ferreting out rejection of LGBT persons.

It is clear, however, that the resource relies heavily on activist voices who for some time have been engaged in a campaign of biblical subterfuge. Voices like Matthew Vines, David Gushee, Brandan Robertson and others are featured in the resource as vanguards of a new kind of Christianity, a Christianity that is modern, enlightened, and attuned to the complex world of sexual identity. Observers should understand that the work of these individuals is centered, almost exclusively, on getting evangelicals to abandon biblical authority and capitulate to the sexual revolution. For this reason, they should be ignored and regarded as false teachers (Jude 4; Matt. 7:15-16).

Though intended to be brief, the pamphlet fails to explain how LGBT identities can be reconciled with the church’s clear teaching over its entire 2,000-year history. There’s a reason for this failure: The church’s teaching can no more be reconciled to error than light can have fellowship with darkness. The witness of Scripture and Christian history speak unambiguously to the incompatibility of Christianity with sexual immorality. A bibliography is provided that offers revisionist hermeneutics, but no voice listed is credibly received either as an evangelical or anyone with a high view of biblical authority. This is a classic example of defining the term “evangelical” down to make it mean nothing.

For that reason alone and many others, these voices and the resource itself in no way represent a faithfully evangelical account of Christian sexual identity. The version of evangelicalism presented in this resource is a revisionist account […], and in that sense, represents no kind of Christianity at all. The resource is little more than a grievance manual wherein progressive voices exalt personal testimony over obedience to Scripture at the expense of the clear witness of Scripture and over two thousand years of unambiguous church teaching.

Efforts like those of the Human Rights Campaign are why the Ethics and Religious Liberty Commission, in partnership with the Council on Biblical Manhood and Womanhood, released the Nashville Statement in August 2017. A statement of evangelical conviction on marriage, gender, and sexuality, the Nashville Statement exists to equip evangelical Christians with a biblical and theological foundation centered around biblical authority and its witness on how God ordered his creation. It counteracts errors like those listed in HRC’s manual by offering a concise and faithful representation of biblical orthodoxy that takes seriously the authority of Scripture. While the Human Rights Campaign’s resource purports to speak for a growing number of evangelicals, the Nashville Statement represents actual evangelical institutions and recognized evangelical leaders who retain an unswerving commitment to biblical orthodoxy. 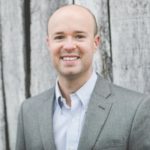 this resource represent a perspective that would have people remain in their sin, robbing them of the all-inclusive love of Jesus Christ who calls all sinners to repent and follow him (Matt. 19:4-6; 1 Tim. 4:15; Titus 2:11-12). The Human Rights Campaign is not offering readers good news, which means the “evangel” of evangelicalism is not only unrecognizable, but gone. They are leading their readers toward the very opposite of good news.

Andrew T. Walker is Director of Policy Studies at the Ethics and Religious Liberty Commission of the Southern Baptist Convention. This article was reprinted with permission and is available in it’s original form here.