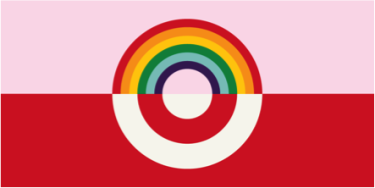 Last week Target, the U.S. retailer that operates over 1,800 stores nationwide, announced that bathrooms and changing rooms in its stores would be open to men and women, regardless of biological sex. “We welcome transgender team members and guests to use the restroom or fitting room facility that corresponds with their gender identity,” reads a statement on the retail giant’s website. The announcement comes after the N.C. General Assembly passed, and Governor Pat McCrory signed, House Bill 2, which clarifies the state’s bathroom policy.

Following the announcement, the American Family Association called for a nationwide boycott of Target. AFA President, Tim Wildmon noted that this policy means  “a man can simply say he ‘feels like a woman today’ and enter the women’s restroom.” He went on to describe the policy as “a danger to wives and daughters” across the country.

One man put Target’s policy to the test, secretly recording a video in a Target store that verified the retailer’s policy. In a video posted online earlier this week, a man obtains permission to use the women’s restroom in Target by simply explaining to an employee that using the men’s bathroom made him feel uncomfortable. The store employee then noted, that if any of the women in the bathroom had a problem, “[t]hey can come and we will speak to that.”

Since Target’s announcement, over 915,000 citizens have signed the pledge to boycott the large retail business.

If you are interested in expressing your concern and opposition to Target’s radical bathroom policy you can sign the boycott on AFA’s website, until Target makes the safety of women and children a priority.