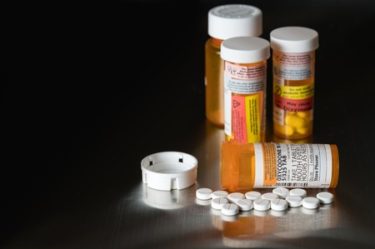 Several North Carolina cities achieved a top ranking recently on a list that is no cause for pride. A recent national report found that Wilmington, N.C. has the highest opioid abuse rate in the nation with an estimated 11.6 percent of the city’s citizens abusing opioids, which are synthetic drugs that mimic opium. Sadly, Wilmington is not the only North Carolina city to earn the dishonorable distinction of leading the nation in this drug epidemic. Hickory, Jacksonville, and Fayetteville all ranked in the top 20 cities nationwide for opioid abuse. Three of those cities (Wilmington, Hickory, and Fayetteville) also ranked in the top 20 for percentage of opioid prescriptions that are abused.

But you don’t need a national poll to tell you this is a major problem in the Tar Heel State. A quick search of national and local news outlets or social media provides ample evidence of the human carnage left in the wake of the opioid epidemic. Consider the story of a young North Carolina man who died of a fentanyl overdose at age 21, despite his parents’ desperate attempts to help him overcome his addiction. Drew Gintis got hooked on painkillers after he suffered a career-ending injury as a star wrestler at Athens Drive High School in Raleigh. His addiction took the now predictable path that escalated into stealing prescription painkillers from family and friends, and when those supplies dried up, turning to heroin.

A long list of sobering numbers reinforces the personal experience of those on the front lines of this issue.

A MercatorNet article put the current epidemic into perspective this way:

The staggering proliferation and abuse of opioids has caught the attention of law enforcement, medical professionals, state lawmakers, and local government leaders across the state. North Carolina’s Democrat Governor and Attorney General are finding common ground with Republicans in the General Assembly on prioritizing funding and legislation to address the problem.

Numerous government agencies on the state and local level are taking action to begin curbing not only the death toll but, perhaps even more importantly, the root problem of access and proliferation of these powerful and dangerous drugs. Bipartisan legislation has been filed in both the State House and State Senate with the support of Governor Roy Cooper and Attorney General Josh Stein. While Senate Bill 175—Strengthen Opioid Misuse Prevention (STOP) Act has 18 sponsors, the House version of the bill (HB 243) has 75 of the chamber’s 120 members listed as bill sponsors. The House Health Committee approved the bill on March 30 and sent it to the Appropriations Committee for further consideration before it reaches the chamber floor for a full vote. The Senate has not considered its version of the bill yet. The bill seeks to enact a multi-pronged approach to the issue, including efforts to:

Of course, legislation is only one avenue for addressing this crisis in North Carolina. All of our communities and every family should take steps to address this crisis. Through education, treatment, and proactive practices, we can hope to give our citizens a healthier and safer tomorrow.