Slate of Candidates Complete for 2020 Elections 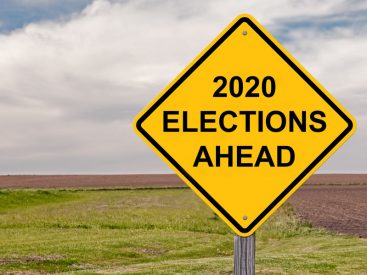 The filing period for 2020 elections in North Carolina ended Friday, December 20 for both state and federal candidates. The full list of candidates for every race can be found on the NC State Board of Elections website. The statewide Primary Election will take place on Tuesday, March 3, with early voting running from February 13–29. The statewide General Election will take place on Tuesday, November 3, with early voting running from October 15–31. The following is a snapshot of the state’s electoral landscape heading into 2020.

PRESIDENT: Of course, at the top of the ballot will be the Presidential race where Incumbent Republican Donald Trump is seeking reelection. A bevy of candidates from the Democratic, Libertarian, Green, Constitution and Republican parties have also filed and will appear on the statewide primary ballot in North Carolina.

US SENATE: Incumbent Republican U.S. Senator Thom Tillis is running for reelection and will face opposition in the GOP primary from three challengers. The winners of the Republican and Democratic primaries will also face challengers from the Libertarian and Constitution parties in the General Election.

US HOUSE: North Carolina’s 13 congressional districts are currently represented by 10 Republicans and 3 Democrats. Court-ordered redistricting, however, forced the N.C. General Assembly to redraw the state’s congressional maps. Three incumbent Republicans—George Holding (R-NC 2), Mark Walker (R-NC 6), and Mark Meadows (R-NC 11)—did not file for reelection. Two of these districts—NC 2 and NC 6—are considered to be much more competitive for Democrats following redistricting.

NC GOVERNOR & COUNCIL OF STATE: Incumbent Democratic Gov. Roy Cooper faces opposition from within his own party in the primary, and the winner of this race will face the winner of the GOP primary, as well as from the Libertarian and Constitution parties in the General Election. Of particular note is a challenge from current GOP Lt. Governor Dan Forest. All other positions on the Council of State have primary challengers, including: Lt. Governor; Attorney General; Auditor; Commissioners of Agriculture, Insurance, and Labor; Secretary of State; Superintendent of Public Instruction; and Treasurer.

NC APPELATE COURTS: Three seats on the State Supreme Court, and five seats on the State Court of Appeals are up for election. Most notable is the race between current Chief Justice Cheri Beasley and current Senior Associate Justice Paul Newby for the top seat on the state’s highest court. Justice Newby is the longest serving member on the court, while Justice Beasley was appointed Chief Justice by Gov. Cooper earlier this year following the resignation of prior Chief Justice Mark Martin.

NC SENATE: The 50-member NC Senate is currently made up of 29 Republicans and 21 Democrats, but this eight-seat GOP majority is likely to narrow, because court-ordered redistricting is expected to favor Democrats. All 50 seats are contested in the primary, and 10 of these seats are “open,” because the incumbent chose not to file for reelection or is running for another office.

NC HOUSE: Republicans hold a 65-55 seat margin in the 120-member House, but, like the NC Senate, this majority advantage is at risk due to court-ordered redistricting. Eight seats (5 Democratic and 3 Republican) are uncontested. Two additional Democratic seats are uncontested in the General Election and will be decided in the primary. Sixteen House seats are “open,” as the incumbent member is running for another office or decided not to file for reelection.

2020 GENERAL ELECTION VOTER GUIDE: As the 2020 election approaches, NC Family will be contacting these candidates and encouraging them to complete our comprehensive General Election Voter Guide questionnaires. We will publish their answers to our survey in our highly-sought-after, nonpartisan Voter Guide prior to the 2020 General Election. These will help voters across the state know where the candidates stand on critical issues like sanctity of human life, religious liberty, educational choice, parental rights, gambling, tax policy, and much more.

We will also be providing more in-depth analysis of many of these races as we enter the critically important 2020 election year, so be sure to stay tuned…