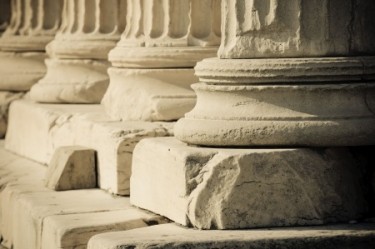 Osteen’s ruling follows a similar order issued last Friday by U.S. District Judge Max O. Cogburn, Jr. in Asheville. Both decisions were based on the Bostic v. Schaefer ruling, in which the U.S. Court of Appeals for the Fourth Circuit overturned Virginia’s marriage statutes and constitutional marriage amendment. The judges stated that the Bostic decision was binding on the North Carolina marriage cases, because our state falls within the jurisdiction of the Fourth Circuit, and the U.S. Supreme Court declined to hear an appeal of that case.

In his order, Judge Osteen clarified that North Carolina Attorney General Roy Cooper had been dismissed as a defendant in the two cases before him, Fisher-Borne v. Smith and Gerber v. Cooper, and that the Attorney General’s office “conceded that Plaintiffs are entitled to certain relief.”

In other words, the Attorney General not only abdicated his responsibility by refusing to defend North Carolina’s marriage statutes and Constitution, but he conceded to the position of the ACLU and other parties seeking to upend North Carolina’s marriage laws. In addition, the Attorney General’s office essentially told the court it should simply give the plaintiffs what they were seeking, despite hundreds of years of legal precedent and an amendment that was passed by 61 percent of North Carolina voters in May 2012 adding the definition of marriage as only “the union of one man and one woman” to our State Constitution.

Osteen’s opinion also addressed the issue of homosexual adoption, which was the original subject matter of the Fisher-Borne v. Smith case. The order states that “claims concerning the adoption laws of North Carolina…are dismissed without prejudice as moot and/or not ripe.” What this appears to mean is that since same-sex couples are able to obtain marriage licenses in North Carolina, they are now also able to adopt children as a couple. North Carolina adoption law only permits an individual adult or two married adults to adopt a child.

It is unclear what will happen next. Because N.C. House Speaker Thom Tillis and N.C. Senate President Pro Tempore Phil Berger have been granted standing to intervene, it is possible that our legislative leaders could appeal Osteen’s decision, and possibly that of Cogburn, to the Fourth Circuit Court of Appeals. The legislative leaders may also seek a stay of the judges’ decisions, which could halt the issuance of marriage licenses to same-sex couples in North Carolina.

Ultimately, it appears that what is needed for the U.S. Supreme Court to take up the issue of marriage is for another federal appeals court in another circuit to issue a ruling that upholds marriage as the union of one man and one woman. Cases are currently pending in the Fifth, Sixth, Eighth, and Eleventh Circuits.