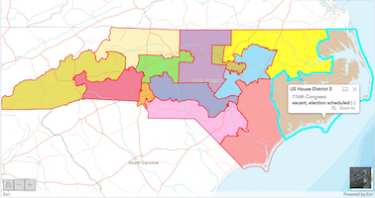 The second Primary to select the Republican nominee in the Special Election for North Carolina’s Third Congressional District will take place tomorrow, July 9. This Congressional seat became available following the passing of former Congressman Walter B. Jones, Jr. early this year. Twenty-six candidates filed to run for this seat, and the first primary was held on April 30. Tomorrow’s run-off primary was scheduled after the two leading Republican candidates, Greg Murphy and Joan Perry, failed to reach the 30 percent vote threshold to avoid a second primary. Murphy and Perry will be the only candidates on this run-off primary ballot.

The General Election for this race will be held on Tuesday, September 10, where the winner of the GOP’s second primary run-off will face Democrat Allen Thomas, Libertarian Tim Harris, and Constitution Party’s Greg Holt.

NC Family surveyed all candidates running in this race, and the responses for the remaining five are compiled in NC Family’s District 3 Voter Guide on our website.

We strongly encourage those of you living in NC’s Third Congressional District to avail yourselves of the information in our Voter Guide before going to vote tomorrow!