SCOTUS Marriage Ruling: Where Do We Go From Here? 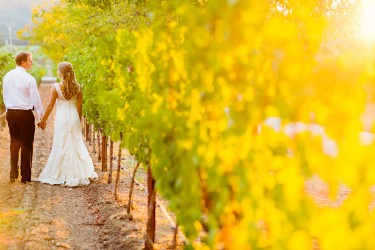 On June 26, 2015, the United States Supreme Court issued its long-anticipated decision in Obergefell v. Hodges, which imposed a 50-state same-sex “marriage” mandate. The ruling has left many in the Christian community feeling defeated, uncertain, and even fearful about the future and about how the Supreme Court’s ruling will impact our ability to continue to express and act on the Truth about marriage.

Even before the Court issued its decision, pastors, church leaders, and other ministry leaders raised concerns about the potential impact of redefining marriage on their ministries. Now that the decision has been released, we can respond with greater clarity.

Here are the immediate facts that churches, Christian schools, and other ministries need to know.

The Supreme Court, in a 5–4 decision authored by Justice Anthony Kennedy, held that the Equal Protection Clause of the U.S. Constitution requires a state to license a marriage between two persons of the same sex and to recognize a same-sex “marriage” entered into lawfully in another state. In so holding, the Supreme Court specifically struck down the state constitutional amendments of Michigan, Kentucky, Ohio, and Tennessee, which defined marriage as between one man and one woman, and were at issue in Obergefell. Of course, the decision had implications well beyond these four states, as it redefined marriage for the entire country to include the union of same-sex couples.

The majority opinion stated the following with respect to religious opposition to same-sex “marriage:”

Finally, it must be emphasized that religions, and those who adhere to religious doctrines, may continue to advocate with utmost, sincere conviction that, by divine precepts, same-sex marriage should not be condoned. The First Amendment ensures that religious organizations and persons are given proper protection as they seek to teach the principles that are so fulfilling and so central to their lives and faiths, and to their own deep aspirations to continue the family structure they have long revered.

This statement is welcome to be sure. But the greatest threat for churches lies in the application of the Court’s decision to believers who live in jurisdictions covered by so-called “non-discrimination” laws and ordinances. Everywhere that marriage has been redefined in the last several years has seen intense efforts to pass non-discrimination laws that prohibit discrimination in employment, housing, or places of public accommodation on the basis of sexual orientation or gender identity. These laws are peppered throughout the states and local governments and are a linchpin of the sexual revolution’s broader legal and political strategy: to establish non-discrimination laws at all levels throughout the country and to “ensure that religion is not used as an excuse to discriminate.”

Even though North Carolina does not currently have a state-level non-discrimination law that includes “sexual orientation” and “gender identity/expression,” homosexual activists have been pushing such legislation in the General Assembly for years. Almost immediately after the SCOTUS marriage decision, Equality North Carolina vowed to continue to make this a legislative priority. To date, at least five counties and 12 cities in North Carolina have adopted policies for government employees that recognize “sexual orientation” and/or “gender identity” as protected classifications.

In the coming months, the threat from these non-discrimination policies will materialize in numerous ways as same-sex couples marry. The good news is that there are proactive steps that churches and other ministries, including Christian schools, can take to protect themselves from legal challenges and other attacks.

For now, pastors will not be legally compelled to officiate same-sex wedding ceremonies. Pastors remain free to make a theological determination about whom they will and will not marry. For example, pastors will often not marry a believer to an unbeliever, and many will not perform ceremonies for someone they know didn’t have Biblical grounds for a previous divorce. Nothing in the Supreme Court’s opinion changes the freedom of pastors to continue to make those theologically based decisions about whom they will marry.

Consequently, pastors should refrain from retreating from marriage ceremonies. Some have suggested pastors disengage from “civil marriage” and only perform religious ceremonies. This type of reaction is not only legally unnecessary, but it sends the message that pastors have “abdicated the field” on the battleground of marriage. Instead, pastors should engage more fervently in advocating and expounding the truth about marriage by maintaining a faithful witness to whom they will marry and whom they will not.

What Should We Do Now?

1. Churches, Christian schools, and ministries should update their Statement of Faith on the issues of marriage, human sexuality, and gender.

Now is the time for Christian ministries to maintain a clear witness to Biblical truth about marriage, human sexuality, and gender. This begins with updating your ministry’s statement of faith to include your religious belief on these issues.

Doing it in the wake of the Supreme Court decision will not be viewed negatively by a court if a legal issue ever arises. Instead, putting clarifying language in the statement of faith merely serves to codify a ministry’s long-standing religious belief. Clarifying the statement of faith can help a ministry by possibly discouraging individuals from seeking “easy” lawsuits, and by strengthening the Christian organization’s ability to defend itself in the event that a lawsuit is filed. If your ministry has not yet clarified its statement of faith on the issues of marriage, human sexuality, and gender, now is the time.

2. Churches, Christian schools, and ministries should ensure their Facilities Usage policies are revised to allow only uses consistent with their religious beliefs.

In the wake of the Supreme Court ruling, some ministries, including churches or Christian schools, may be approached by individual same-sex couples or even LGBT (lesbian, gay, bisexual, or transgender) groups, seeking to use their facilities. For example, a same-sex couple could ask to use a church’s facilities for a same-sex wedding ceremony. Churches in particular should not feel as if they have to close their doors to the community just to prevent wedding ceremonies with which they disagree. Churches must continue to be a welcoming presence in the community and can do so through updating or revising their facility usage policy.

The key point is to tie usage of the ministry’s facility to the statement of faith and religious beliefs, and then to make clear that uses inconsistent with those religious beliefs will not be allowed.

3. Churches, Christian schools, and ministries should update their Religious Employment Criteria for all employees and volunteers.

Churches, Christian schools, and ministries should establish religious criteria for their employees and volunteers. Although federal law prohibits employment discrimination on the basis of race, color, religion, sex, national origin, or age, “religious organizations” may consider an applicant’s religious beliefs when making hiring or firing decisions. Additionally, the “ministerial exception” doctrine exempts churches, Christian schools, and ministries from employment nondiscrimination laws for “ministerial” employees—if they are tasked with performing the organization’s rituals, or teaching or explaining its beliefs.

At a minimum, churches, Christian schools, and ministries should have written, clear, and consistent employment policies in place, beginning with the requirement that all employees and volunteers sign a statement of faith and a standard of conduct. It is also important for ministries to: have written job descriptions for each position that include an explanation of how each position furthers the organization’s religious mission; and then to consistently apply all employment standards.

No Matter What, Truth Remains

Despite the Supreme Court’s ruling, marriage—and Truth— have not changed. Society may suppress the Truth in unrighteousness, but it cannot any more change the Truth than it can change the color of the sky. The Church has always proclaimed the Gospel to cultures and societies who have rejected Truth, and it must continue to do so.

Now, more than ever, the Church must fulfill its mission. We may not know in every detail how the marriage decision will affect America’s churches, Christian schools, and Christian ministries, but groups such as Alliance Defending Freedom will continue to work aggressively to keep the legal door open for the spread of the Gospel. You and your ministry are not alone.