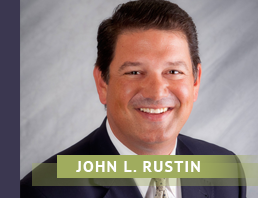 “While we maintain the highest respect for the office of Governor in North Carolina, we find it unconscionable that Governor Pat McCrory would veto Senate Bill 2, a bill that is designed to protect the religious liberties of public officials in our state. The General Assembly establishes the powers and duties of magistrates and registers of deeds in North Carolina, and it is well within the authority of state lawmakers to change these powers and duties when circumstances dictate – and this is such a case!

The Governor is wrong when he suggests that this bill would cause public officials to violate their oath of office. As long as they are following the laws established by the General Assembly, including the modifications enumerated in SB 2, they are upholding their oath.

SB 2 will ensure that the religious liberties of magistrates and registers of deeds’ staff are accommodated and protected; therefore, we urge the N.C. Senate and N.C. House to override the Governor’s veto of Senate Bill 2.”

If you would like to express your displeasure with Governor Pat McCrory for vetoing Senate Bill 2, please contact his office at 919.814.2050.