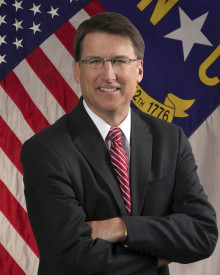 “Governor Pat McCrory’s Executive Order 93 acknowledges and maintains the primary purpose of House Bill 2, which is to protect the privacy, safety and dignity of all our state’s citizens in bathrooms, locker rooms, showers and similar facilities across North Carolina,” said John L. Rustin president of the North Carolina Family Policy Council. “Although we disagree with the Governor’s use of executive power to expand state employment policy beyond existing state law to include ‘sexual orientation’ and ‘gender identity,’ Executive Order 93 enumerates and adds clarity to many important aspects of House Bill 2, which remain fully intact.”

“We urge Governor McCrory and our legislative leaders to stand firm in defense of House Bill 2, confident that they have done the right thing,” said Rustin. “Opponents of the bill will continue their misinformation and smear campaign as long as they think there is a chance to force their misguided and radical agenda on our state. As a result, our state leaders must remain resolute in their commitment to privacy, safety, dignity and the truth,” Rustin concluded.