Religious Liberty Has Its Roots In The Bible

Andrew Walker, Director of Policy Studies at the Ethics and Religious Liberty Commission (ERLC) of the Southern Baptist Convention, discusses a new small group study on religious liberty produced by the ERLC. 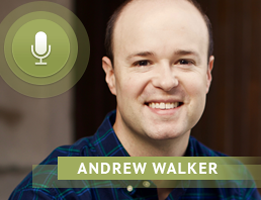 Family Policy Matters
Transcript: Religious Liberty Has Its Roots In The Bible

JOHN RUSTIN: Thanks for joining us this week for Family Policy Matters. We are talking today with Andrew Walker about a new small group study on religious liberty produced by the Ethics and Religious Liberty Commission of the Southern Baptist Convention. The study is entitled, Religious Liberty: How the Gospel Shapes Our First Freedom. Andrew serves as Director of Policy Studies for the Ethics and Religious Liberty Commission (or ERLC) and is one of the primary authors of this six-week study along with with ERLC Executive Vice President Phillip Bethancourt and ERLC President Russell Moore. Andrew, welcome to Family Policy Matters. It’s great to have you on the show!

ANDREW WALKER: It’s great to be with you. Thank you very much!

JOHN RUSTIN: Andrew, why did the Ethics and Religious Liberty Commission decide to create a small group study on the topic of religious liberty?

ANDREW WALKER: That’s a great question. Religious Liberty is something that’s at the forefront of what’s happening in the culture right now. It seems to be an issue that Christians in the pews are confronting and realizing that this is a crucial issue for our time. They recognize that but there is a missing link in that conversation. And the missing link is the fact that there are not a lot of materials available to help educate and equip Christians to understand the biblical basis of religious liberty. So, we wanted to do our very best, since “religious liberty” is in the title of our organization, we thought we had some license to do a curriculum on this most cherished freedom that we enjoy, not only as Americans, but we think is vital to what it means to have free consciences that respond to God freely and to live Christian lives out publicly in the public square. So, we wanted to start from the ground up and build the framework for how Christians need to think about religious liberty as it relates to culture, the Bible, theological themes in the Bible and how it relates to mission and to common good in the public square. We just wanted this to be an opportunity to get Christians who are interested in religious liberty off the sidelines and give them the opportunity to devote six weeks to intentional study on religious liberty.

ANDREW WALKER: When we typically think about religious liberty, especially Americans in a Western context, we predominantly think of religious liberty in the categories of free exercise and the non-Establishment Clause (sic) of the Constitution, it being primarily a political idea. We often overlook the theological root. Alternately, a lot of Progressives or non-Christians or Secularists often think of religious liberty as something that’s predominantly a religious idea. So, religious liberty often gets lost in translation between religiously-believing individuals and non-religious individuals. But when we look at why religious liberty exists as a biblical idea and as a theological idea, we see lots and lots of themes emerge. One of those is that God is a God who wants to be worshipped freely. That means we cannot coerce belief. We cannot make someone believe the Gospel. In fact, what we see in the New Testament is Paul pleading with individuals to believe in Christ and so if you’re pleading with individuals, that means you’re trying to be persuasive, not trying to be coercive. And so we understand as Christians that God wants creatures who are worshipping Him in freedom because we know that love is only something that’s truly loving if it’s done authentically and in freedom. And we think that squares with what we see in the Scriptures. I think we also see this understanding of religious liberty bear out in what we would talk about as the government having authority over certain matters and the government not having authority over theological affairs or having authority over church in a given state. Only God has the authority to judge religious affairs and only God can judge consciences that are believing false things about God. So, I like to say to individuals, Christians believe in religious liberty because we believe that Jesus Christ is ultimately a king. He’s a real king. And ultimately, Jesus is going to execute judgment against consciences that are not believing in Him. If Jesus is left to sort out the sheep from the goats, that’s not the job of the State.

One other example is this understanding of human beings being made in the image of God. To be made in the image of God means that there is something important about how we relate to God as His unique image bearers. Only humans are His image bearers in Scripture, which means we possess certain components and faculties about our existence that make us unique. And one of those is the fact that we are able to reason, think and respond to what we think is true. So, we believe in religious liberty because we believe consciences have to be free to make those decisions about how to live our lives and how to relate to God. We cannot coerce those beliefs in other individuals and because the conscience is something that belongs to each individual, it’s the conscience that’s going to be held accountable to God.

ANDREW WALKER: Christians should care about religious liberty for everyone. That applies to non-Christians, to atheists, to agnostics, because the principles of religious liberty are the same principles that consist of what it means to live in a free society. And so, there are basic aspects of our existence that all of us have in common whether we’re religious or not. Everyone wants to live an authentic life, which means if you’re going to have an authentic life, it means you have to be free to live authentic to yourself. It means that every single person has some type of authority that they’re basing their life upon. So if it’s a Christian, they’re basing their authority upon God; If it’s a nonbeliever, they might be basing their authority upon science or upon reason. If there is, for example, the issue of adoration or worship, that every person is made to worship and adore. And these are categories that everyone enjoys and partakes in. So, even a person who would not claim to worship God, still finds themselves worshipping in some other capacity. And so of course, as Christians, we would disagree with how some people would understand worship, authority, and what it means to live authentic lives. But we know in a free society, it we want liberty, we have to give liberty to those individuals as well, even when we disagree with them. And then secondly, one of the reasons Christians believe in religious liberty is we believe the Gospel is something that stands on its own two feet, that it doesn’t need the government to back it up or prop it up or support it, as if the Gospel was something that needs help from the government. It simply does not. When we see the movement of the Gospel in the earliest church and throughout New Testament history. And finally, I would say Christians believe in religious liberty for all persons because we believe God wants all men to be saved. And for all men to be saved, they have to have free response to the Gospel, which means that no government or no other person can be mediator on behalf of another person. So, religious liberty is ultimately a Gospel issue because being free to respond to the Gospel is how we become Christians and understand what truth really is and what we need to repent from, and to trust in Christ.

JOHN RUSTIN: That’s really key and it raises a question about the relationship between religious liberty and the Great Commission, through which Jesus calls His followers to “go and make disciples of all nations, baptizing them in the name of the Father and of the Son and of the Holy Spirit, and teaching them to obey everything” He has commanded us.

ANDREW WALKER: So, if we want the Gospel to go forward and—I should add right here, we know the Gospel is going to go forward no matter what because Jesus promises to build His church. So, even in contexts where there isn’t religious liberty, the Gospel is still going to go forward, I want to be very clear about that. But we also know that it is a good thing when there are less hindrances and less obstacles to the Gospel going forward. So, I would say that Christians want a culture of religious liberty because we want the freedom to live the Truth in our lives, but we also want the freedom to speak that Truth to other individuals. We don’t want to face harassment and punishment from the government for sharing our faith with individuals in a given society, in any given society. I would also say that one of the reasons we want religious liberty is we share the Gospel through our words. We also demonstrate our love for the Gospel and our love for other people by sharing generously and mercifully with them. And so we want to be in contexts that allows the church to do what the church is called to do, which is to love God and love neighbor. And that’s why it’s not surprise that in a culture like America, where there’s a strong culture of religious liberty, you also have a strong culture of civic participation and volunteerism on the part of religious organizations because religious organizations provide hundreds of millions of dollars of goods for free to society because we’re animated by this truth that’s inside of us and we simply want to live that truth out.

JOHN RUSTIN: Andrew, walk us through some of the logistics of this six-week study that you have been so much a part of creating. What kind of format, time commitment, and materials are used?

JOHN RUSTIN: Andrew, what do you hope participants will take away from this study? And for those listeners who are interested, where can they go to avail themselves of these resources? I believe you all have partnered with LifeWay Christian Resources.

ANDREW WALKER: My first hope is that Christians will understand that religious liberty is not just an idea the American Constitution came up with in 1789. Religious Liberty is something that historians, whether Christian or not, would all say originates with the very earliest foundings of Christianity. I really hope individuals would come away with a sure foundation that religious liberty is something rooted in the Bible. It’s something that matters to the advance of the Gospel. It matters for what it means for us to live as free beings in a society where we try to be faithful to who Christ has called us to be as the Church. As far as where it’s available, you mentioned this is a co-branded effort with LifeWay so I think LifeWay stores would have the curriculum available, as well as LifeWay.com if you just search “Religious Liberty: How the Gospel Shapes Our First Freedom.”

JOHN RUSTIN: Andrew, Unfortunately, we’re out of time for this week, but I want to thank you so much for joining us on Family Policy Matters, and for your very important work at the Ethics and Religious Liberty Commission of the Southern Baptist Convention.

ANDREW WALKER: Thank you very much. It was great to be with you.